Azimut Exploration (TSXV: AZM; OTC: AZMTF) has received the Discovery of the Year award from the Mineral Exploration Association of Quebec (AEMQ) […]
By Marilyn Scales October 11, 2022 At 2:06 pm 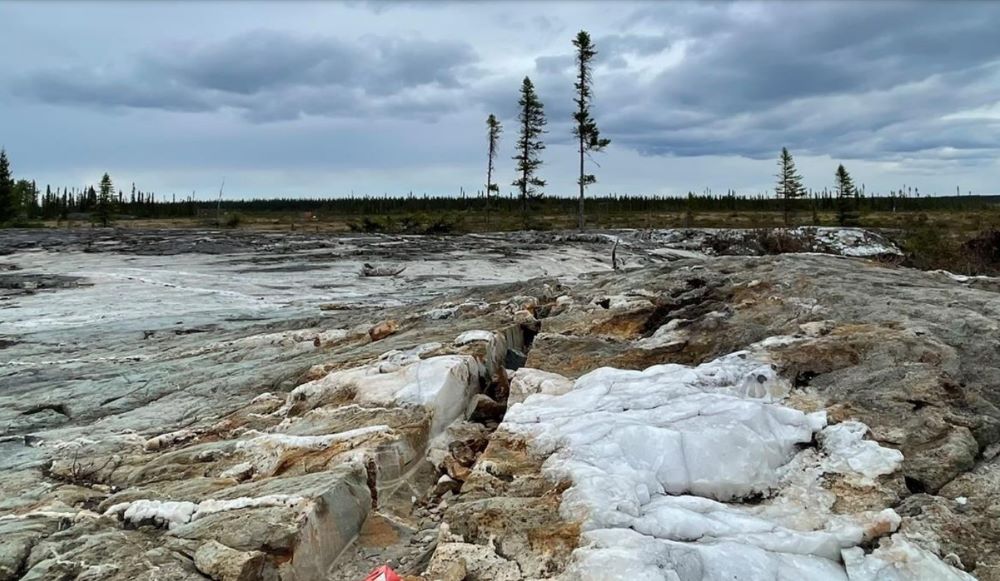 Outcrop of the Patwon gold zone at the Elmer property in Quebec. Credit: Azimut Exploration

Azimut Exploration (TSXV: AZM; OTC: AZMTF) has received the Discovery of the Year award from the Mineral Exploration Association of Quebec (AEMQ) for the discovery of the Patwon gold zone on the company’s 100%-owned Elmer property.

The award is granted to highlight the importance of a new discovery that has a ripple effect on exploration activities both on the property and in the surrounding area. The Azimut team is understandably very honoured by this recognition.

The discovery of the Patwon zone was announced in January 2020, following the initial drill program. Thus far, the zone has been delineated by 115 holes (48,381 metres). The zone is continuous from surface to at least 800 metres, and it remains open pit depth – and probably along strike, says Azimut. The strike length extends nearly 600 metres with an estimated true width of 35 metres. Drilling continues to expand and optimize a potential open pit.

Azimut’s wholly owned Elmer property is a gold-silver-copper-zinc project located in the Eeyou-Istchee James Bay region of Quebec, about 5 km west of the James Bay Road and 100 km from Newmont’s Eleonore gold mine. The property is also 60 km from the Cree community of Eastmain.

Keep up with the lates drill results at Patwon on www.Azimut-Exploration.com.