BHP’s (ASX: BHP) chief executive Mike Henry wants to crunch the gears on the company’s US$5.7 billion Jansen potash project in Canada as Russia’s […]
By Cecilia Jamasmie May 18, 2022 At 6:47 am 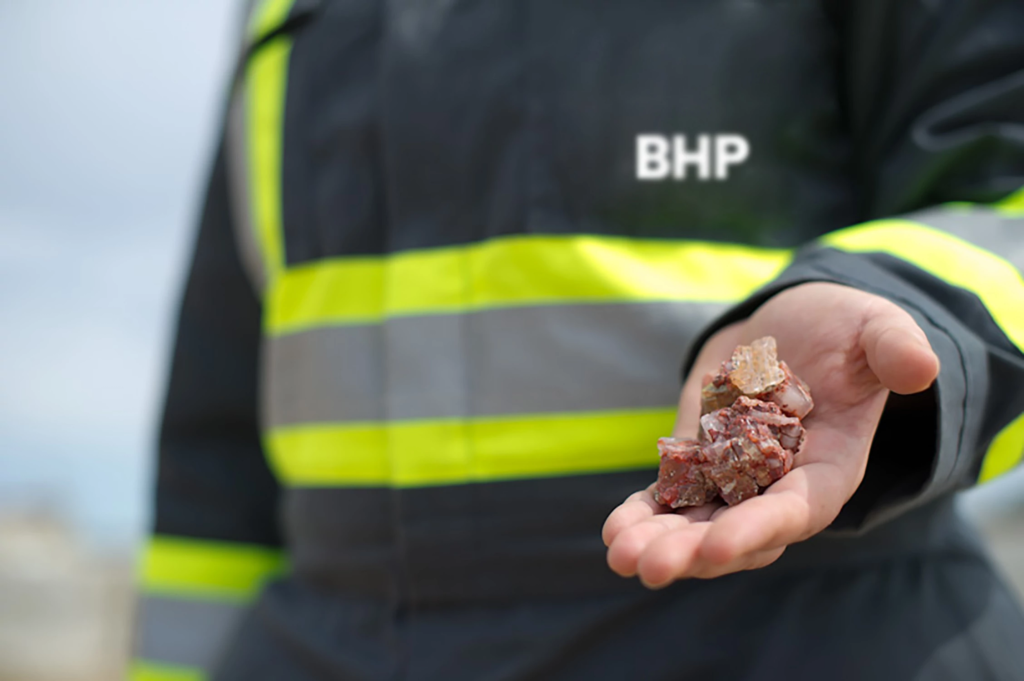 BHP is expecting first production from its Jansen potash mine in Saskatchewan in 2026. Credit: BHP

The ongoing war in Ukraine has left the world not only short of important grains but also fertilizers since neighbours Russia and Belarus account for almost 40% of global production.

Belarus state-owned potash miner Belaruskali set off alarm bells mid-February by declaring force majeure on its contracts. This shook up a market that was already contending with soaring prices.

Sanctions on Russia after invading Ukraine have made the situation worse.

BHP approved last year a US$5.7 billion investment in the Jansen potash mine in northern Saskatchewan to bring it to production. The company had mulled a final decision on the asset for at least eight years, during which it spent about US$4.5 billion laying the ground for the crop nutrient-producing project.

“[Supply-side disruption linked to the war in Ukraine] has positively reinforced the decision we’ve taken to enter potash,” Henry said at the Bank of America Metals and Mining conference this week. “We are making good progress and we’re looking at potential to accelerate Jansen Stage 1 first production into 2026.”

BHP had originally planned to kick off production at Jansen in 2027. The company, Henry noted, has also begun studies for a second phase of development.

Of the US$5.7 billion investment, BHP had awarded roughly US$1.4 billion in contracts so far and another US$200 million since the company published half year results in February, which cover port infrastructure, underground mining systems and other shaft and surface construction activities.

Jansen is expected to produce around 4.2 million tonnes a year of potash during a first phase. Stage 2 would add an additional 4 million tonnes per year, at a capital intensity of between US$800 and US$900 per tonne, almost 30% lower than we expect for Stage 1.

The cost reduction would be possible because phase two will be able to leverage the infrastructure built along with Stage 1, including the shafts, Henry said.

Potash is seen by farmers as an attractive resource because of its use as fertilizer, which also boosts drought tolerance and improves crop quality.

BHP expects potash demand to increase by 15 million tonnes to roughly 105 million tonnes by 2040 or 1.5% to 3% a year, along with the global population and pressure to improve farming yields given limited land supply.

Jansen had the potential to produce 17 million tonnes a year under a four phased development. This would account for about 25% of current global potash demand.

“If we decide to bring on all four stages, and at prices just half of where they are today, we’d be generating around US$4 billion to US$5 billion of EBITDA [earnings before interest, depreciation, tax and amortization] per year,” Henry said. This compares to a five-year average of US$3 billion a year from the miner’s petroleum business.

BHP had tried to tap into the fertilizers market for some time. In 2010, it unsuccessfully bid US$38.6 billion for Potash Corp. of Saskatchewan, which in 2018 merged with Agrium Inc. to form Nutrien (TSE, NYSE: NTR).

Given the current political climate, as well as the continuing effects of the Covid-19 pandemic worldwide, BHP is expecting the current supply chain issues in the mining sector to take up to three years to resolve.