BHP to speed up US$5.7 billion Jansen potash mine

BHP (ASX: BHP) is seeking to accelerate construction at its US$5.7 billion Jansen potash project in Canada as high gas prices and sanctions on […]
By Cecilia Jamasmie July 19, 2022 At 8:08 am 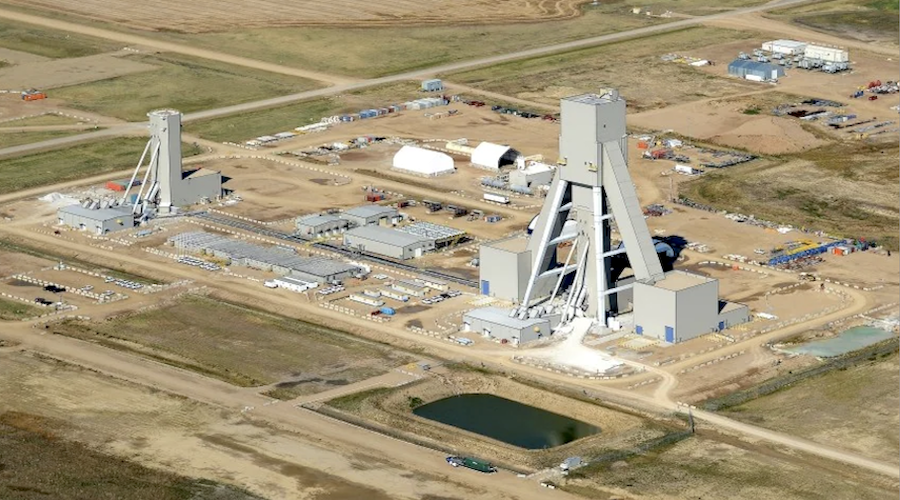 BHP (ASX: BHP) is seeking to accelerate construction at its US$5.7 billion Jansen potash project in Canada as high gas prices and sanctions on key exporters continue to disrupt global supplies of fertilizers.

The world’s largest miner had originally planned to kick off production at Jansen in 2027. Markets conditions, however, have prompted it to attempt bringing forward Stage 1 first production into 2026, which is expected to yield 4.35 million tonnes of potash per year.

The company also said that is evaluating options to accelerate Stage 2, which would add an additional 4 million tonnes per year, at a capital intensity of between US$800 and US$900 per tonne, almost 30% lower than expected for Stage 1.

“BHP is trying to accelerate first tonnes at Jansen, but it still seems best case is first tonnes come late 2026 with a two-year ramp,” BMO Fertilizers and Chemicals analyst, Joel Jackson, wrote in May.

“We believe BHP needs to hire about 600 miners for Jansen with the labour per tonne deemed lower than [competitors] Nutrien and Mosaic’s incumbent mines as BHP expected to employ less equipment per tonne and other innovation,” Jackson noted.

The company completed installing the production and service shafts required for the project, which came at a US$2.97 billion cost, BHP said Tuesday in its operational review for the year ended June 30.

Potash is seen by farmers as an attractive resource because of its use as fertilizer, which also boosts drought tolerance and improves crop quality.

BHP expects potash demand to increase by 15 million tonnes to roughly 105 million tonnes by 2040 or 1.5% to 3% a year, along with the global population and pressure to improve farming yields given limited land supply.

Jansen had the potential to produce 17 million tonnes a year under a four phased development. This would account for about 25% of current global potash demand.

“If we decide to bring on all four stages, and at prices just half of where they are today, we’d be generating around US$4 billion to US$5 billion of EBITDA [earnings before interest, depreciation, tax and amortization] per year,” chief executive Mike Henry said at a mining conference in May.

This compares to a five-year average of US$3 billion a year from the miner’s petroleum business.

BHP had tried to tap into the fertilizers market for some time. In 2010, it unsuccessfully bid US$38.6 billion for Potash Corp. of Saskatchewan, which in 2018 merged with Agrium Inc. to form Nutrien (TSE, NYSE: NTR).

The ongoing war in Ukraine has left the world not only short of important grains but also fertilizers since neighbours Russia and Belarus account for almost 40% of global production.

Crop nutrients have become more expensive as an increase in natural gas prices has caused costs to soar.

Given the current political climate, as well as the continuing effects of the Covid-19 pandemic worldwide, BHP is expecting the current supply chain issues in the mining sector to take up to three years to resolve.