The hottest play among Canadian juniors is the quest for mineable rare earth element (REE) deposits. Who bette...
By Canadian Mining Journal Staff November 8, 2010 At 5:00 pm 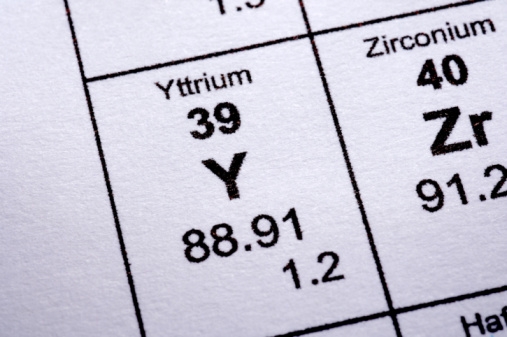 The hottest play among Canadian juniors is the quest for mineable rare earth element (REE) deposits. Who better to find and exploit them? Our mineral explorationists are nimble by virtue of their small size, and they enjoy the advantage of being able to raise money on the TSX. Focused and agile, that's the Canadian junior.

Rare earths are defined as the Lanthanide and Actinide series on the periodic table. If that doesn't bring a list instantly to mind, some of their names may ring a bell: cerium, scandium, thorium, yttrium. Or they may not: einsteinium, praseodymium, americium, europium, californium, nobelium, and so on.

China, where 97% of the world's REEs are mined, sent shock waves around the globe when it announced a 72% cut in exports for the last half of 2010. The REEs have a multitude of uses - hybrid car components, superconductors, optoelectronics, magnets, ceramic capacitors, night vision goggles, advanced radar, nuclear batteries, and dozens of our favourite hi-tech toys such as Apple's iPod.

Luckily Canada has good potential to become a producer of REEs, and our juniors are wasting no time in examining it. Here is a rundown of some of the companies combing this country for the next producer.

Bolero Resources of Vancouver reported that assays of soil samples from its REE prospect in northern British Columbia have cerium concentrations as high as 1,205 ppm and lanthanum concentrations of up to 663 ppm. The company added that 30 of the 228 samples returned total REE+Y assays above 1,000 ppm and elevated levels of pathfinder elements such as niobium and barium. (www.BoleroResources.com)

Toronto- based Canada Lithium is having some success near Val d'Or, QC. The Quebec Lithium project has meassured and indicated resources of 46.7 million tonnes grading 1.19% Li2O at a cutoff of 0.80%. (www.CanadaLithium.com)

Canadian International Minerals of Vancouver is earning a 75% interest in the Carbo REE property 80 km northeast of Prince George, BC, from Commerce Resources (below). Drilling has just begun, but the company is hopeful given the proximity to other REE discoveries in the region. (www.CdnIntlMinerals.com)

Commerce Resources of Vancouver is drilling at its Eldor project near the town of Kuujjuaq, QC, and receiving assays as high as 2.15% TREO over 42.90 metres from the Ashram zone. The property contains a carbonatite complex located within the Central Labrador Trough. (www.CommerceResources.com)

Fieldex Exploration of Rouyn-Noranda, QC, is drilling its Kipawa REE properties east of the town of the same name in Quebec. Results such as 1.51% ZrO2 over 61.7 metres have the company optioning more land in the area. (www.FieldexExploration.com)

First Gold, headquartered in the Montreal suburb of Laval, has drilled its Pivert-Rose lithium project and receiving good assays including 2.15% Li2O, 1,594 g/t Rb, 150 ppm Ta2O5, 147 ppm Be and 75 ppm Ga over a true width of 12.60 metres on the Rose claims. Earlier this month three new spodumene zones have been discovered on the property that lies in the James Bay area of Quebec. (www.FirstGoldExploration.com)

Montreal-based Jourdan Resources has discovered new spodumene-bearing pegmatites at its Pivert-Sairs rare metals property contiguous to the Pivert-Rose property of First Gold. Exploration is in its earliest stages, but historical reports make this worth a closer look.

Matamec Explorations of Montreal has found three new TREO showing in its Zeus property east of Kipawa, QC. The best value from the Coin showing was 2.35% TREO and 9.7% ZrO2. A highly mineralized boulder from the Couleuvre showing tested 34.5% TREO. The discovery came on the heels of September assay reports that included 0.954% TREO (38% HREE+Y+TREO) and 1.304% ZrO2. Metallurgical tests on whole rock samples from the Eudialyte zone revealed a leaching recovery rate of 89.2% REE. (www.Matamec.com)

Toronto-based Nuinsco Resources has begun drilling its Prairie Lake REM project 45 km northwest of Marathon, ON. The property has a near-surface historic resource of 180,000 tonnes at 0.09% U3O8 and 0.25% Nb. (www.Nuinsco.ca)

Drilling by Quest Rare Minerals of Toronto has expanded the high grade B zone pegmatite mineralization at its Strange Lake project northeast of Schefferville, QC on the border of Labrador. The best intersection was 51.9 metres at 1.66% TREO. The high grade pegmatite spine has a strike length of over 1.2 km, with widths from 175 to 550 metres and vertical thicknesses from 10 to 191 metres. (www.QuestRareMinerals.com)

Rare Earth Metals of Thunder Bay, ON, has cut 1.35% TREO over 05.7 metres from the first hole drilled in the Two Tom zone at its Red Wine property in northern Labrador. The news was enough that the company made a $2-million flow-through share offer. (www.RareEarthMetals.ca)

More new HREE discoveries have been made in Labrador by Vancouver-based Search Minerals. The company's property is located in the Port Hope Simpson district in southeast Labrador. HREE/TREE ranges from 13.4% to 73.9% and HREE+Y/TREE+Y ranges from 30.% to 87.7% in grab samples. (www.SearchMinerals.ca)