Champion Iron to acquire Kami out of Alderon restructuring

Champion Iron plans to acquire the Kamistitusset iron ore project in southwest Newfoundland – only a few kilometres away from its Bloom […]
By Canadian Mining Journal Staff November 17, 2020 At 2:45 pm 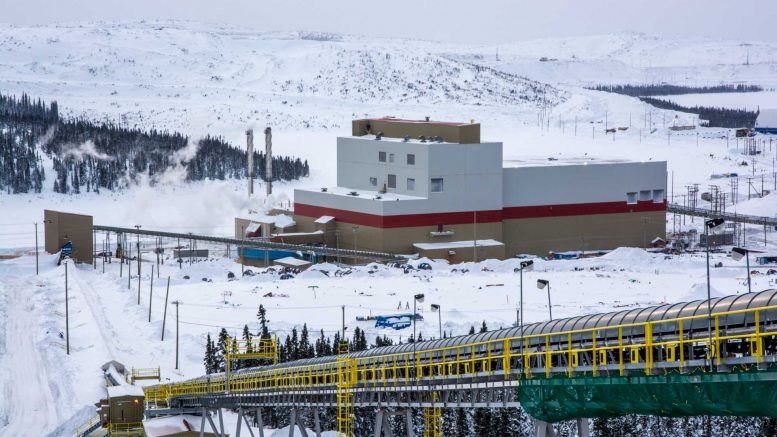 Champion Iron plans to acquire the Kamistitusset iron ore project in southwest Newfoundland – only a few kilometres away from its Bloom Lake mine.

In return for the project, Champion has agreed to pay $15 million in cash, and to extinguish $19.4 million in secured debt of Alderon and certain of its affiliates by issuing 4.2 million shares to Sprott and Altius Resources. The company has also agreed to make “a finite production payment on a fixed amount” of future production from Kami.

The deal has been approved by the Supreme Court of Newfoundland and Labrador and is expected to be completed in the fourth quarter. It still requires approval of the province's Ministry of Industry, Energy and Technology. Deloitte Restructuring is acting as the court-appointed receiver for Alderon.

The high-grade Kami iron ore project is located in the Labrador Trough, close to the Quebec border.

As part of the acquisition, Champion expects to secure an additional 8 million tonnes year of port capacity, including a pre-payment of port-related fees, at the port of Sept-Îles, which the company currently uses to export Bloom Lake iron ore concentrate. As such, the company expects the acquisition to strategically position it for growth.

"While our company is rapidly gaining global recognition for its ability to deliver quality iron ore products, the acquisition would further position our company to service the rising demand for high-grade iron ore concentrate globally,” said Champion's CEO, David Cataford, in a release. “With our proven ability to transform opportunities into valuable assets for our shareholders, the acquisition would add to our portfolio a highly prospective project, which is near existing infrastructure. "

A 2018 feasibility completed by Alderon outlined a 23-year mine life for Kami, with average annual production of 7.8 million tonnes of premium-quality concentrate grading 65.2% iron.

In a research note, BMO Capital Markets mining analyst Alexander Pearce noted the acquisition brings both the potential for production growth from a nearby greenfield asset, and could potentially reduce port costs for Champion's upcoming Bloom Lake expansion.

“At first glance, the acquisition would appear to be a good fit for the company and is easily affordable on our forecasts,” Pearce wrote.

The $982 million projected capex for Kami could also potentially be reduced through shared infrastructure with Bloom Lake. Champion will be updating the feasibility to assess potential synergies.