Great Bear Resources president and CEO Chris Taylor was the stand-out choice for The Northern Miner’s Mining Person of the Year award […]
By Trish Saywell March 2, 2022 At 8:35 am 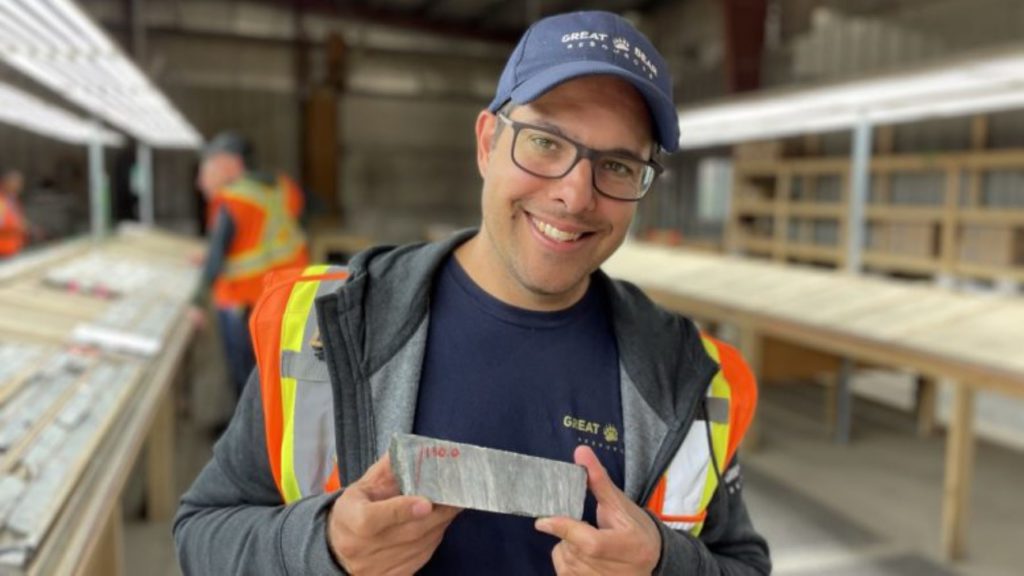 Great Bear Resources president and CEO Chris Taylor was the stand-out choice for The Northern Miner’s Mining Person of the Year award for 2021. The 44-year-old structural and economic geologist not only sold the company and its Dixie gold project in Ontario’s Red Lake district to Kinross Gold in December for $1.8 billion, but in the three years of due diligence leading up to the acquisition, Taylor and his team also managed to set off what he calls the “largest staking rush” in Red Lake’s history.

Like many tales of glory, it took guts. Taylor’s efforts to keep his dream of Dixie alive involved years of hard work and laying his own money on the line. At first he borrowed funds from family and friends just to keep the lights on and the rent paid in the dark years of 2013 and 2014. But in order to come up with the initial payment for the Dixie project in 2014-2015, Taylor had to rack up an enormous line of credit against his house. “When we couldn’t raise the money and I was going hundreds of thousands of dollars into debt my hair started falling out in chunks,” Taylor recalls in an interview, adding the strain also put pressure on his heart.  “It was basically so much stress building up that my body was shutting down under the pressure of being able to finance the project.”

But Taylor also trusted the instincts of his talented vice-president exploration and chief geologist, Bob Singh, who had first learned about the property, 25 km southeast of Red Lake, from local prospector Perry English. “Bob’s initial 3-D models that he built on the project suggested there was a much simpler and larger scale gold zone there, and yet we couldn’t get it funded,” Taylor says. “We just had this conviction from his modeling of the data that there was work that had not been properly interpreted previously.”

“I had faith in Bob’s interpretations and I knew that what we had found was something that was going to be — could be — a generational type of discovery,” Taylor continues. “So we stuck to our guns and made sure the project and the company kept going.”

The junior explorer, which ultimately spent a total of $220,000 to acquire a small corner of the Dixie project (66% owned by English and 33% by Newmont), then staked the main claim base on its own based on geophysics and interpreting government seismic data. The team went on to make two high-grade gold discoveries: the Hinge Zone in 2018 and the large-scale LP Fault Zone in 2019. The 22 km project also contains the Limb, Midwest and Arrow zones. “Bob recommended we stake the intersection of this big regional structure that we now know is the LP Fault zone, and where that cut across the greenstone belt in this area,” Taylor says. “So we staked everything we thought had value and it turns out we were essentially correct based on that initial thesis.”