COBALT-GOLD: Ground broken for Tlicho all-season road that is boon to Fortune 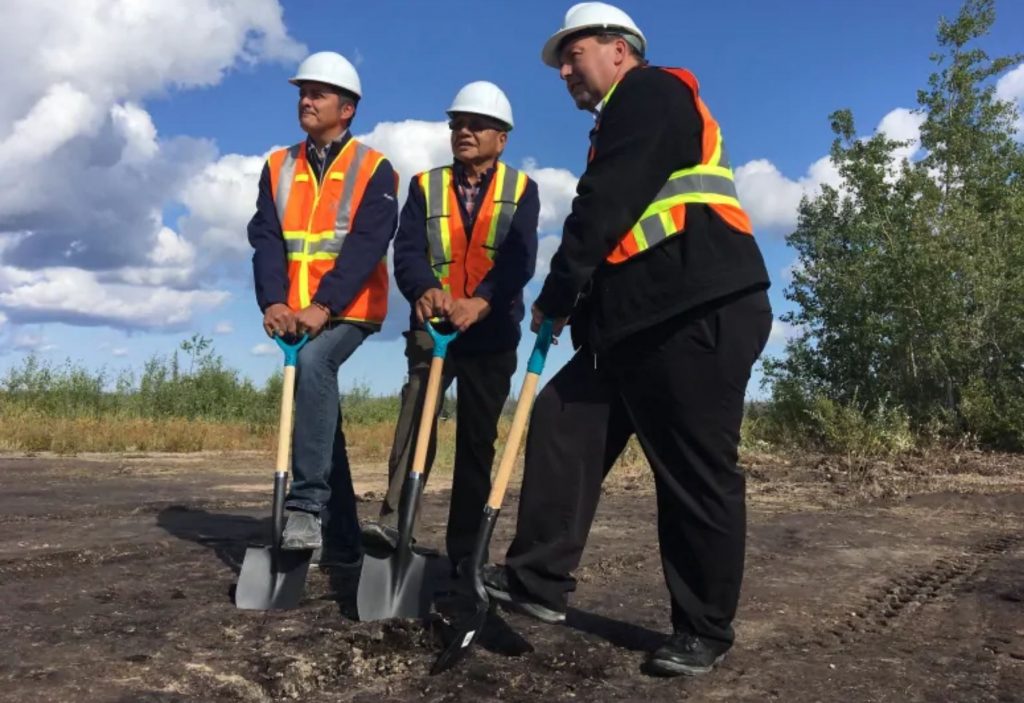 MLA Jackson Lafferty, Whati chief Alfonz Nitsiza and territorial minister for industry Wally Schumann pose with shovels at the official ground breaking of the Tlicho all-season road. (Image: Katie Toth/CBC)[/caption] NORTHWEST TERRITORIES – The ground breaking ceremony for the 97-km Tlicho all-weather road on Aug. 24 in the town of Whati. The new two-lane gravel road will connect to the territorial highway system to the town of Whati, replacing the winter ice road. Fortune Minerals of London, Ont., plans to build a spur from the new road to its NICO cobalt-gold-bismuth-copper project 50 km north of Whati. The site is shovel ready. Four options exist for development, and the company has not yet said which it favours. Construction of the Tlicho road is a partnership of the Tlicho and federal governments. The federal government has agreed to provide 25% of the $213.8 million cost. The territorial government will provide the remaining 75% through a private-public partnership with the North Star consortium (Kiewit Canada Development, the Tlicho government, Peter Kiewit Sons, Hatch, and Thurber Engineering). The Tlicho nation has purchased a 20% interest in North Star. Construction of the road will begin in September 2019 and open to the public in 2022. Information about the NICO project can be found at www.FortuneMinerals.com.