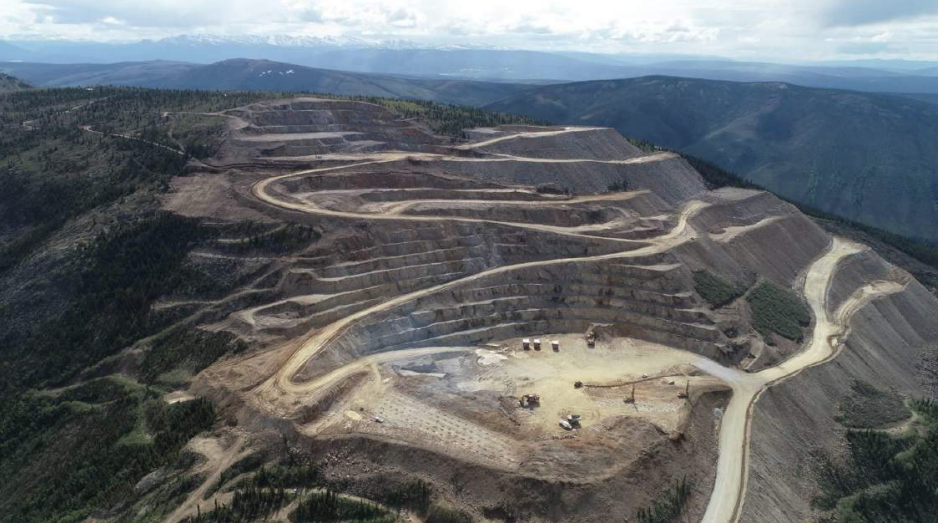 Eagle mine in the Yukon. Credit: Victoria Gold

Coeur Mining (NYSE: CDE) is acquiring a 17.8% stake in Victoria Gold (TSX: VGCX), which owns and operates the Eagle gold mine in the Yukon, from Orion Mine Finance.

“We have long admired the quality of Victoria’s Eagle asset and its recent success in ramping up operations,” said Mitchell J. Krebs, Coeur’s president and CEO, in a release. “This compelling opportunity to acquire 17.8% ownership interest in Victoria from Orion is consistent with our stated strategy and capital allocation framework, and complements our existing portfolio of precious metals assets in high-quality jurisdictions in North America. We are excited to become a shareholder of Victoria, and believe this transaction represents an attractive investment for our stockholders.”

Before the transaction, expected to close on May 11, Orion held a 36% interest in Victoria, with 22.5 million of the company's 62.4 million shares outstanding, as well as 1.7 million share purchase warrants.

After the transaction, Orion will still be the company's largest shareholder with 11.5 million shares. On a partially diluted basis and giving effect to a “blocker feature” of the warrants it holds that prevent it from exercising them if it would result in Orion holding more than 19.99% of Victoria's common shares (the warrants are cash-settled instead), Orion will have a 19.99% in Victoria.

Orion has also agreed to certain transfer restrictions on its remaining shares in Victoria and to support an offer or transaction by Coeur that would give it more than 50% of Victoria's common shares, or all of its assets and properties, if the transaction was supported by Victoria's board.

Victoria Gold poured first gold at Eagle, near the village of Mayo, in 2019 and entered commercial production on July 1, 2020.

The company is working on increasing production to 250,000 oz. gold per year by 2023 with year-round stacking and expects to make a decision in the third quarter.

Work on “Project 2040” to extend the mine life by 10 years through deep drilling at the Eagle deposit, is also under way with a resource update expected by the end of the year.

An initial resource for the Raven deposit at the project is also expected by year-end.