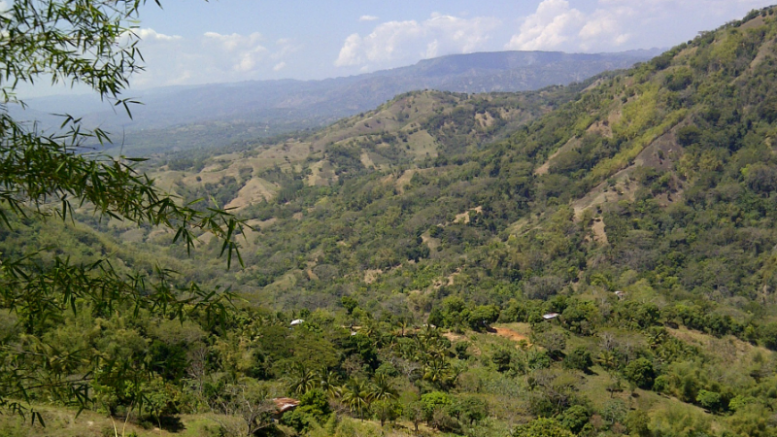 Of the remaining three holes, two were drilled in Provost South East and one at Hendley. One of the Provost South East holes was abandoned after encountering poor ground conditions, while the Hendley hole tested an induced polarization anomaly. Although Jamaica’s mining industry is best known for its bauxite, the country does have a brief history of copper mining. “Two companies out of the U.K. were developing underground copper mines on the Bellas Gate property,” Carube CEO and president Jeffrey Ackert explains in an interview. “They would take the ore and ship it back to the U.K. to be refined there.” He adds that some historical estimates exist from the 1950s and 60s when small resources were defined — somewhere in the 10-15 million tonne range. “The historic work is important,” he says. “It shows us where these things are and then with our own subsequent geochemistry we can see the signatures popping up fairly easily.” But Ackert also says that a lot of the infrastructure that allows Carube to operate has already been established. It might be drilling holes at 500 metres elevation, but access is good. It’s been able to rely on tarmac covered roads or else tracks and trails. Sometimes it hires local crews to come in and clear out the smaller trails. “Up to this point we’ve just hand carried the drills up to the sites,” Ackert says. “We haven’t used any heavy equipment at all, which is good. The impact then is low on the environment. It’s easy to rehabilitate it if need be.” Hiring locally has helped Carube stay in good stead with the community, Ackert points out — a relationship that he says extends to the country’s government. He attributes the existing political framework to the bauxite industry. Jamaica has a mines and geology department, and a commissioner of mines and geology, who Carube meets with on a regular basis. The plan is to go back in early 2018 and start off with an induced polarization survey. By March, Ackert anticipates Carube will have an active drill program of a similar size to the last one — 2,000 or 3,000 metres. Its first goal would be to calculate a maiden resource.

Carube Copper president and CEO Jeffrey Ackert and staff at work on the company’s property in Jamaica. Credit: Carube Copper.

Ackert says Carube could have already calculated resources for Connors porphyry or Camel porphyry, two other zones on Bellas Gate, but they’re too small to stand on their own. “We’re looking for something anywhere between the 50-100 million tonne range. That is where we’d see our critical mass,” he says. While the company’s focus remains on the southern alteration zone, it hopes to drill on some of Carube’s other properties as well. “What I’d like to be able to do is attract at least one or two joint ventures in the next year,” Ackert says. The company also owns three properties in British Columbia and one in Quebec. Ideally, it would like to joint venture out the B.C. properties as well. “We’re kind of a project generator so we bought lots of licenses. We’d like to get them being worked on by different groups.” Carube shares are currently priced at 6¢. It has a 52 week range of 5¢ to 14¢, and a market cap of $7.1 million. This story originally appeared on www.northernminer.com.