VANCOUVER – Production at Taseko Mines‘ Gibraltar open pit mine in south-central B.C. has so far not been affected by the COVID-19 […]
By Alisha Hiyate April 30, 2020 At 3:35 pm 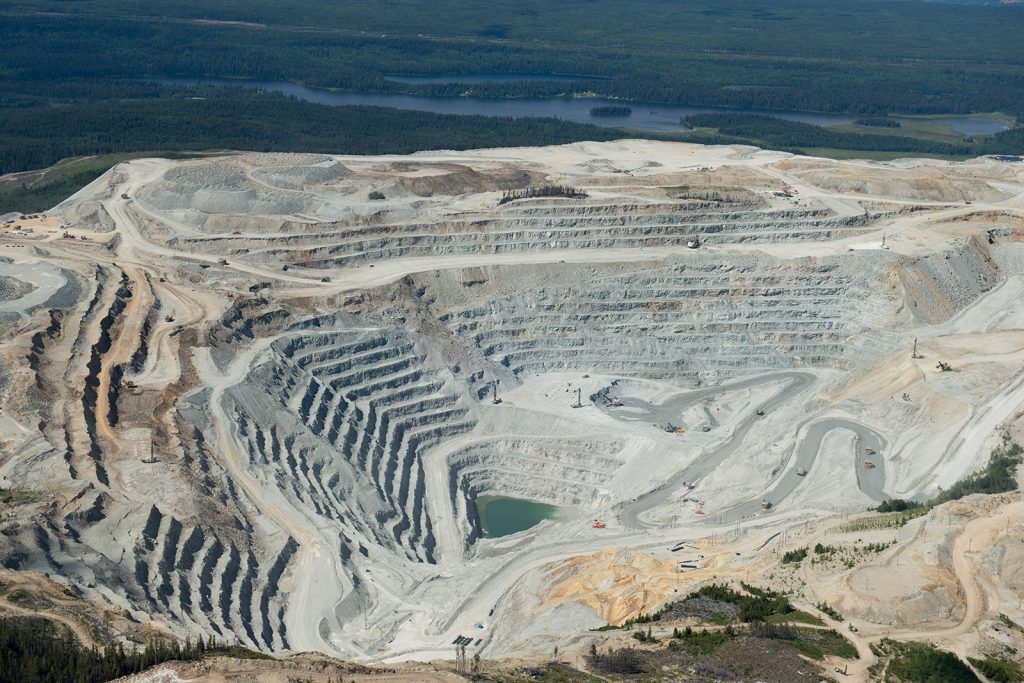 Taseko Mines' Gibraltar mine in British Columbia. Credit: Taseko Mines[/caption] VANCOUVER – Production at Taseko Mines' Gibraltar open pit mine in south-central B.C. has so far not been affected by the COVID-19 pandemic, with the operation producing 32.4 million lb. copper in the first quarter, up from 24.9 million lb. copper in last year's comparable quarter. The company's production guidance for 2020 remains unchanged at 130 million lb. copper, plus or minus 5%, with expectations that it will hit the higher end of that guidance. While operations continue, with no cases of the novel coronavirus to date at Taseko's sole producing mine, copper prices have affected earnings and revenue. Taseko reported an adjusted net loss of $21.6 million on revenue of $62 million for the quarter, compared to a $14.4-million loss in the same quarter of 2019 on revenue of $70.3 million. Total operating costs in the most recent quarter were US$1.82 per lb. copper. The company says that measures it announced in March in response to a weaker copper price, including cost reductions and spending deferrals, are expected to show up in its second quarter results. In addition, Taseko CEO Russell Hallbauer said in a release that Gibraltar is benefiting from falling input costs – including diesel prices that are 35% lower than the average price in 2019 and a weaker Canadian dollar (the majority of mine costs are in Canadian dollars). The company also expects to mine higher grade ore in the next quarters, which will lower cash costs. The company had a cash balance of $50.2 million at the end of March. Taseko also amended its silver stream with Osisko Gold Royalties on Apr. 24. Osisko paid $8.5 million to eliminate purchase fees for each ounce of silver from Gibraltar. It previously paid US$2.75 per oz. “We still believe the medium to long-term fundamentals remain strong for copper and appear to even be improving as more mines are shutting down, and current shutdowns being extended, due to COVID-19,” Hallbauer said. “With the incentive price to build new capacity still in excess of US$3 per pound, projects are being delayed which will only exacerbate the supply deficit in the coming years. Taseko, on the other hand, is not delaying the development of Florence Copper and still believe it could be permitted and financed by the end of 2020, moving into construction at that time.” Florence Copper The company's Florence Copper in-situ recovery project in Arizona, is progressing through the permitting stage, with the draft aquifer protection permit expected to be issued within weeks. Public hearings will follow. Taseko is continuing discussions with parties interested in buying a minority interest in Florence, where it has a production test facility in place to demonstrate its in situ leach process works and to optimize it. Once permits are issued, a full-scale commercial operation expected to produce 85 million lb. copper cathode annually for 20 years, will be built. Taseko owns a 75% stake in Gibraltar, near Williams Lake, with Cariboo Copper Corp. (which is jointly owned by Sojitz, Furukawa and Dowa) holding a 25% stake. For more information, visit www.tasekomines.com.