In many jurisdictions around the world, mining has been classified as an essential service, allowing mines to continue to operate during the […]
By Alisha Hiyate April 14, 2020 At 3:30 pm 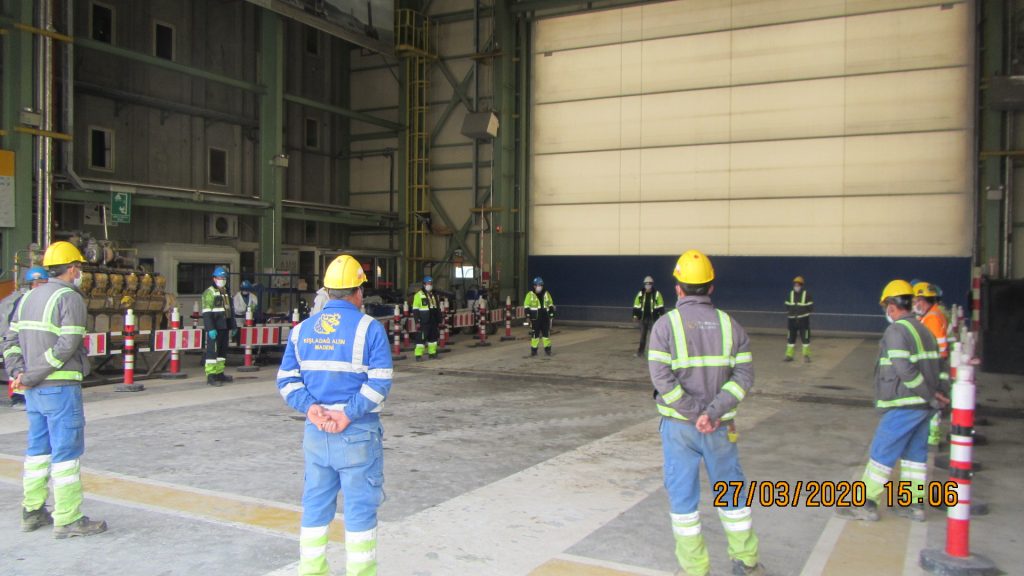 Physical distancing at a meeting of workers at Eldorado Gold’s Kisladag gold mine in Turkey. Credit: Eldorado Gold