Denison Mines (TSX: DML) has announced additional highlights from the completion of the leaching phase of the ongoing Phoenix in-situ recovery (ISR) […]
By Moosa Imran November 22, 2022 At 2:31 pm 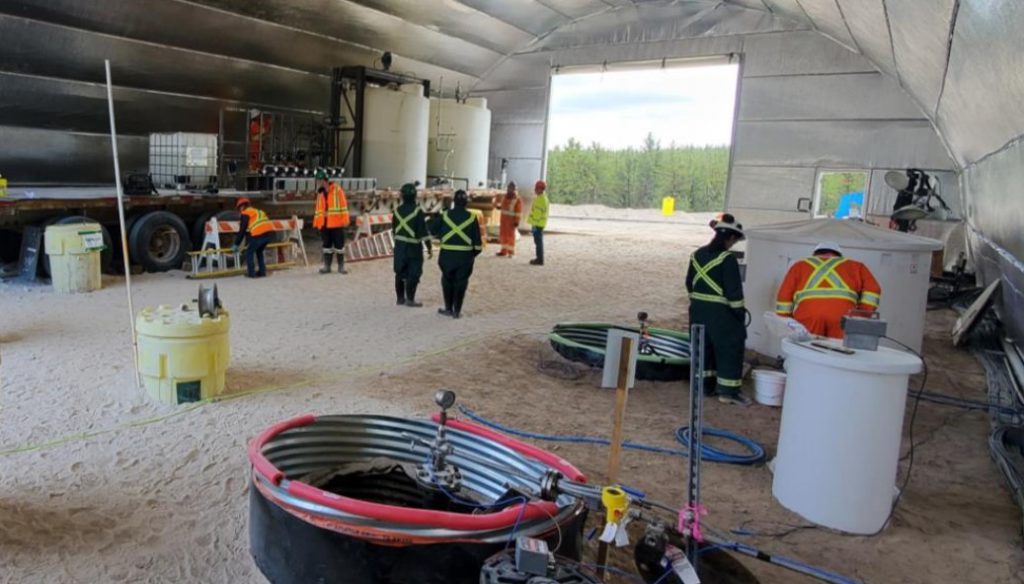 The company reports having recovered approximately 6,500 kg of uranium oxide (U3O8) over 10 days of active leaching following completion of initial acidification of the leaching area. In addition, the company claims to have returned a maximum uranium head grade of recovered solution of 43 g/l when the leaching phase of the FFT was completed, with grades still rising.

Denison Mines reports achieving “suitable” acidification for ISR mining within seven days post initial injection at five-metre well spacing and within 17 days for 10-metre well spacing. The company says it can achieve and maintain uranium mass flow rate consistent with the assumptions in the pre-feasibility study (PFS) prepared for the project in 2018 and further demonstrated hydraulic control of injected solution during the FFT, reporting no responses in the monitoring wells outside of the designed FFT test area.

David Cates, Denison's president & CEO, commented, "The detailed results from the leaching phase of the Phoenix ISR FFT are very encouraging.  Using only one injection well and two recovery wells for a period of active leaching of only ten days, we recovered an estimated 14,400 lb. U3O8 – representing approximately 1% of the mineral reserves estimated to be within the perimeter of the FFT test area. These results provide further tangible evidence of the viability of the ISR mining method at the company's high-grade Phoenix uranium deposit."