Denison Mines (TSX: DML) has advanced its Wheeler River uranium project in Saskatchewan with the completion of metallurgical test work to define the […]
By Jackson Chen August 3, 2022 At 2:51 pm 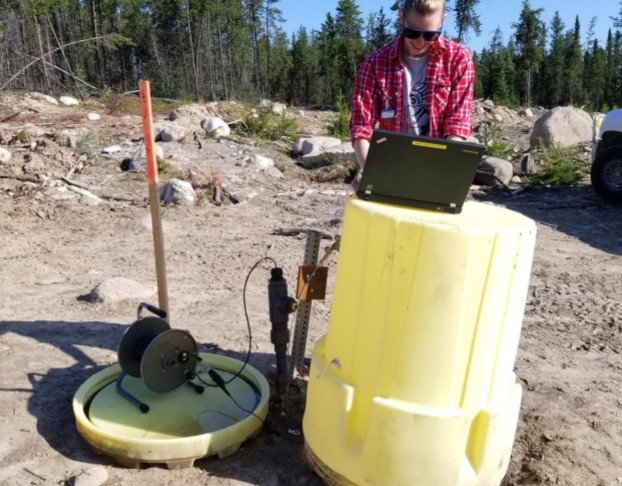 Denison Mines (TSX: DML) has advanced its Wheeler River uranium project in Saskatchewan with the completion of metallurgical test work to define the mechanical components for the planned processing plant at the Phoenix deposit. The metallurgical program has confirmed the ability to produce a yellowcake product that meets industry standard ASTM C967-13 specifications.

Extensive metallurgical testing to define the mechanical components for the Phoenix plant was initiated in April 2021 at the Saskatchewan Research Council (SRC) laboratories in Saskatoon. The test work consisted of bench-scale lab tests using uranium-bearing solution (UBS) that was previously produced from lab-scale leaching of core samples from the Phoenix deposit. These samples are intended to be representative of what is expected to be recovered from the in-situ recovery (ISR) wellfield planned for the deposit.

Kevin Himbeault, Denison's VP of plant operations and regulatory affairs, commented, "The comprehensive test work undertaken by the Denison team has demonstrated our ability to produce a saleable uranium product utilizing a simplified chemical precipitation process and high-quality effluent for final discharge to the environment."

The Phoenix processing plant is part of the feasibility study currently underway for the Wheeler River project, considered to be the largest undeveloped uranium project in the eastern portion of the Athabasca Basin region. It has a combined indicated mineral resource of 132.1 million lb. uranium oxide (U3O8) (1,809,000 tonnes at a grade of 3.3% U3O8), plus an inferred resource of 3 million lb. U3O8 (82,000 tonnes at 1.7% U3O8).

The Wheeler River project is host to the high-grade Phoenix and Gryphon uranium deposits, discovered by Denison in 2008 and 2014, respectively. The project is a joint venture between Denison (95% owner and operator) and JCU (Canada) Exploration Company.

Word done by Denison includes confirmation of the appropriateness of mechanical components for the Phoenix plant being similar to those outlined in the pre-feasibility study (PFS), the suitability for the Phoenix plant to process UBS head grades averaging 15 g/L uranium, and metallurgical recovery rates of over 95% from processing of UBS to yellowcake.

The test results also demonstrated the abilities to achieve industry standards for yellowcake through drying at 110°C, indicating calcination is not required for the Phoenix plant; to produce a yellowcake product that meets industry standards without the use of ammonia; and to meet final plant effluent quality discharge criteria for protection of the environment, which is expected to be outlined in the project's draft environmental impact statement (EIS).

More information on the project is available on www.DenisonMines.com.