Denison Mines (TSX: DML) has reported encouraging assays from drilling completed during winter 2022 at the McClean Lake property, which have resulted […]
By Jackson Chen September 8, 2022 At 2:19 pm 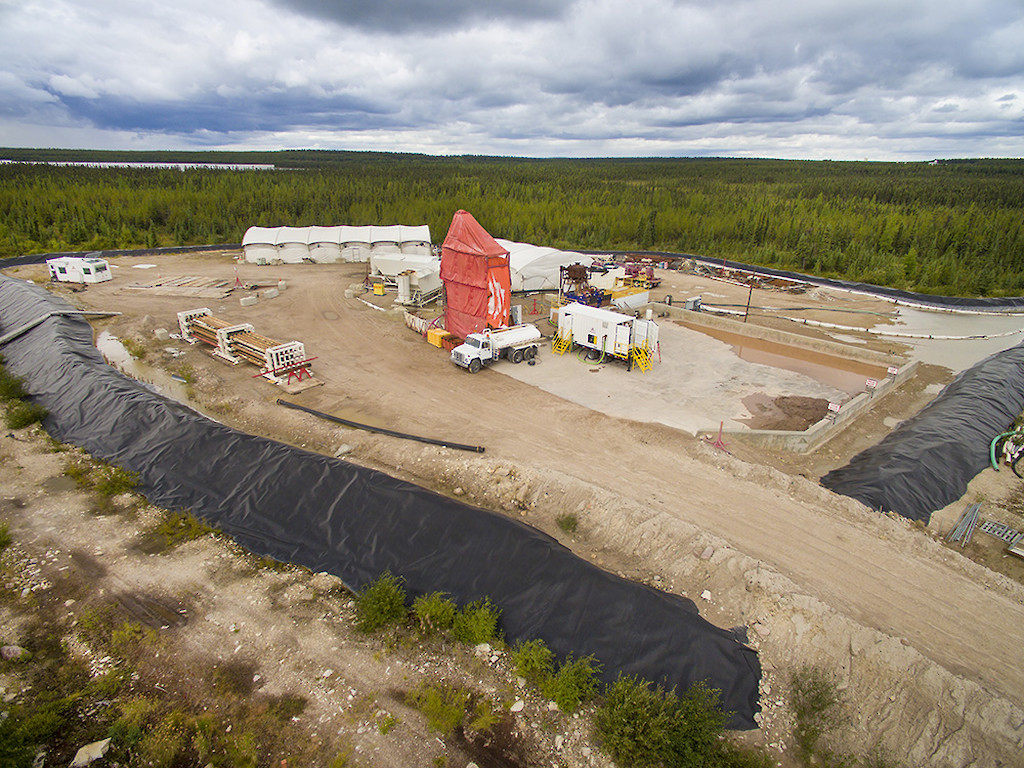 Denison Mines (TSX: DML) has reported encouraging assays from drilling completed during winter 2022 at the McClean Lake property, which have resulted in a significant expansion of the high-grade uranium mineralization discovered in April 2021. McClean Lake is a joint venture project (known as MLJV) owned 22.5% by Denison.

The 2022 diamond drilling program was conducted by by Orano Canada – the project's majority owner (77.5%) and operator – and was designed to test for the potential expansion of a new pod of high-grade mineralization discovered in 2021 between the 8W and 8E pods along the McClean South conductor, as well as additional mineralization in the surrounding area. A total of 23 drill holes totalling 5,682 metres were completed.

The latest assay results comprise the 10 holes that returned notable uranium mineralization. The most significant result came from MCS-58, which returned 2.96% uranium oxide (U3O8) over 15.5 metres, including 24.49% U3O8 over 1.5 metres. This drill hole is located approximately 54 metres to the southeast of drill hole MCS-34, which was completed in 2021 and returned a mineralized interval of 8.67% U3O8 over 13.5 metres. Overall, the results from 2022 have successfully expanded the footprint of the new mineralized zone, Denison said.

David Cates, Denison's president and CEO, added: "The emergence of a 'new' mineralized pod in the McClean Lake South area is quite encouraging for the MLJV. Taken together with the successful field test of the SABRE mining method completed in 2021, the excess licensed capacity at the McClean Lake mill, and the approval of the McClean tailings management facility expansion earlier in 2021, the delineation of meaningful new uranium mineralization on the McClean Lake property has the potential to translate into an important source of future mill feed and ultimately considerable value for the MLJV and its owners."

Commenting on the newly expanded mineralization, Andy Yackulic, Denison's director of exploration, said, "Based on the results of the 14 mineralized holes drilled in this area during 2021 and 2022, a third mineralized pod with a strike length of roughly 180 metres has now been interpreted in the McClean South area. Given the complex structural framework controlling the mineralization of this new pod, and the fact that mineralization remains open across strike on several fences, additional exploration drilling is warranted."

The McClean Lake uranium mine is located on the eastern edge of the Athabasca Basin in northern Saskatchewan, approximately 26 km west of the Rabbit Lake mine and 750 km north of Saskatoon. The property hosts nine known uranium deposits of the unconformity-hosted variety, including McClean South, which has been the subject of historic exploration drilling but has no current resource estimate.

More information on the project is available on www.DenisonMines.com.