One of the biggest deals to hit the diamond world recently is the sale and privatization of Dominion Diamond, Canada’s premier diamond miner and […]
By Robert Seagraves November 23, 2017 At 3:45 pm 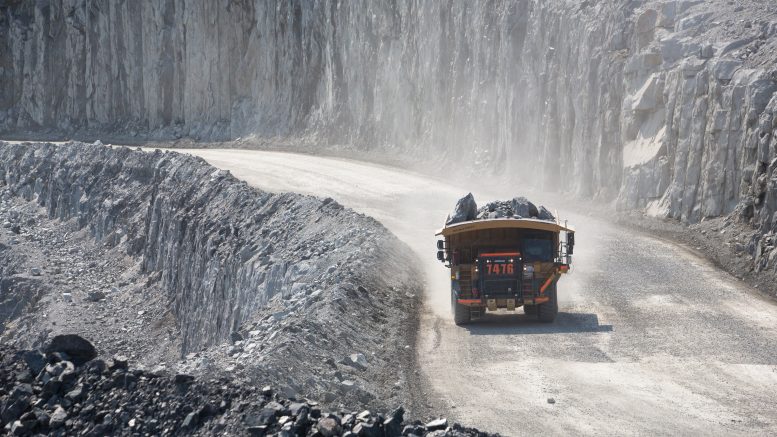 One of the biggest deals to hit the diamond world recently is the sale and privatization of Dominion Diamond, Canada’s premier diamond miner and the world’s third largest producer of rough diamonds by value. The sale gives Montana-based Washington Companies a 100% stake in the Ekati diamond mine and a 40% interest in the Diavik diamond mine operated by Rio Tinto. Both mines are in the Northwest Territories. [caption id="attachment_1003721008" align="alignnone" width="450"] Dominion Diamond's Ekati mine in the Northwest Territories. Credit: Dominion Diamond[/caption] Patrick Evans, former president and CEO of Mountain Province Diamonds and a respected industry veteran, will become the new CEO of Dominion Diamond once the US$1.2-billion transaction closes later this year. Mountain Province owns 49% of the Gahcho Kué mine in the Northwest Territories with 51% owner and operator De Beers, so Evans is well versed in the logistics of diamond mine development in the unique environment of northern Canada. Everyone in the industry knows Evans, but who are the new owners? While Washington Companies is withholding comment until the deal is complete, the multinational is a private company owned by billionaire Dennis Washington. More than 50 years ago, he leased a bulldozer and started offering earth moving services for road construction and, later, for mines, according to the company’s website. In 1986, he acquired ARCO’s mothballed copper and molybdenum deposit in Butte, Mont., and reopened the mine. Washington subsidiary Montana Resources has produced more than 1.2 billion lb. copper and 144 million lb. molybdenum from the deposit since. Washington’s success at Butte allowed him to diversify into railroads, shipping, aviation and real estate. His other Canadian asset, acquired in the 1990s, is Seaspan, an association of companies involved in marine transportation, ship repair and shipbuilding in western North America. Dominion Diamond first put itself up for sale in 2015 when one of its major shareholders, K2 & Associates Investment Management, questioned management’s leadership around issues of corporate governance, performance, and project priorities amid a crumbling share price. The company then experienced a string of misfortune in 2016, including a fire at Ekati that suspended processing and cost the miner about C$44.5 million in mine standby costs, the death of its founder Robert Gannicott, and weak global diamond prices. Early in 2017, CEO Brendan Bell left Dominion citing personal reasons related to the company’s move from Yellowknife to Calgary. The combination of challenges weighed heavily on performance: Dominion lost US$40.7 million before income taxes in the year ended Jan 31, 2017, compared to a profit of US$170.3 million in fiscal 2015. Its share price crumbled from a peak of US$19.75 in May 2015 to less than US$9 in March 2017. That’s when Washington came calling with a US$1.1-billion bid prompting Dominion — unimpressed with the implied value of its assets and pointing to Washington’s lack of experience in diamond mining and marketing — to search for alternative buyers. But no alternative emerged and in July, Dominion agreed to a sweetened bid of US$14.25 per share or US$1.2 billion. The transaction represents a 44% premium to Dominion’s stock price at the time of the bid. In September, shareholders voted in favour of the sale. As Dominion awaits the power shift, business is beginning to improve. For the three months ended July 31, Dominion racked up net income of US$31.1 million attributable to improved sales from higher value pipes at Ekati and a rebound in demand for lower value diamonds. Cash resources totalled US$199 million with no debt and US$157 million available under a revolving credit facility. Washington intends to operate Dominion as a standalone business and keep the company headquarters in Calgary.  The private company says it is committed to maintaining Dominion’s focus on training and employing Indigenous people, honouring existing commitments to nearby communities, and continuing scholarship programs, heritage finds and support for local contractors and suppliers. Diavik is nearing the end of its life, but there is still development potential at Ekati, where the current mine plan focuses on production from six kimberlite pipes:  the Misery Main, Pigeon, Sable, Lynx and Jay open pits, and the Koala underground operations. Jay was approved for construction last year, extending the mine life by approximately 10 years to 2033. A prefeasibility study on Fox Deep — an underground deposit below the mined out Fox open pit — is currently underway, and may further extend Ekati’s life to 2042. But independent diamond analyst Paul Zimnisky, who called Washington a “relatively unlikely suitor” in his latest State of the Diamond Industry report said that after the Misery Main pipe is mined out around 2020, “planned expansion projects at Ekati are arguably marginal at best.” Effective exploration may be the key to longevity in that case: There are 150 known kimberlites on Ekati, including 110 that have never been bulk sampled, and Dominion intends to spend C$50 million over the next five years to test them and other kimberlites in the region. During fiscal 2018, Dominion plans to produce 6.3-7 million carats by processing about 4 million tonnes of ore compared to 5.2 million carats from 3 million tonnes in fiscal 2017. High value ore from the Koala underground and Misery Main pipes is being mined first, followed by an increased proportion of ore from the Pigeon and Lynx pipes during the remainder of the year. Dominion management appears to be satisfied with the sweetened deal. “The Washington offer delivers compelling and immediate value to Dominion shareholders at an attractive premium that recognizes the intrinsic value of Dominion and provides shareholders certainty through an all-cash offer,” said Jim Gowans, chair of Dominion’s board of directors. –This story originally appeared in the November 2017 issue of Diamonds in Canada. 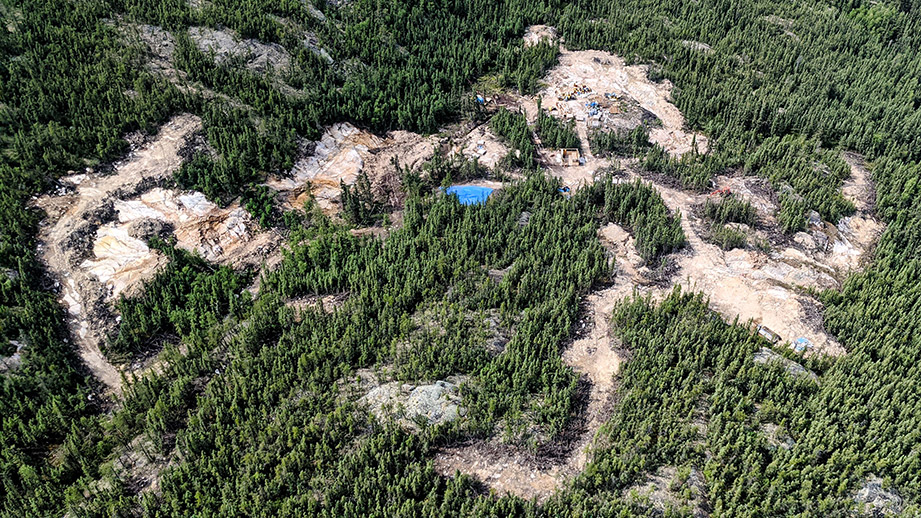