EDM to modernize mothballed Nova Scotia zinc mine for 2023 restart

Secretariat won the Triple Crown that year, NASA launched Skylab and Watergate intensified. It was 1973, the same year Esso Minerals and […]
By Northern Miner Staff November 3, 2022 At 4:19 pm 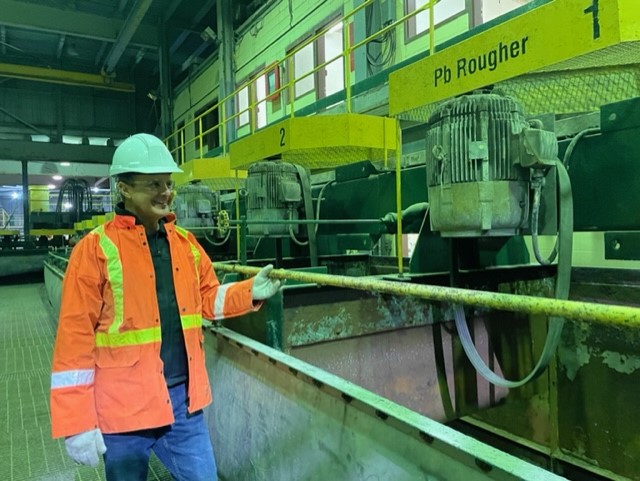 The Gays River mill began processing 900 tonnes per day in 1979 before underground flooding hampered mining for the joint venture and subsequent owners. Seabright Resources increased mill capacity to 1,500 tonnes per day in the mid-1980s. Flooding and costs prompted Western Mining to stop operations in 1991.

The province granted open pit approval in 2000 to Pasminco before more ownership changes without output. Acadian Mining expanded the mill to process 2,500 t/d and mined the pit from 2007 until 2009 when it put the mine, then called ScoZinc, on care and maintenance.

The open pit operation suffered a combination of problems. The financial crisis knocked metals prices lower while inadequate power supplies and poor crushing jammed the mill and raised operating costs, Jason Baker, who worked for Acadian at the time, said in an interview at the site this week. The company also over-handled the ore and product by multiple dumping and hauling instead of a more seamless process, he said.

“Acadian was trying to push too much ore — like 3,000 tonnes a day — through the mill,” Baker said. “They wanted to increase production because the zinc price was falling but they didn’t have the power and the proper crushing so there were a lot of outages.”

Selwyn Resources bought the project in 2011 for $10 million, minus $2.5 million for an environmental bond. Then Selwyn changed its management and name in 2019 to EDM Resources (TSXV: EDM). It called the site Scotia mine.

Now, EDM wants to restart the open pit mine and increase mill capacity to 2,700 t/d which, according to an updated prefeasibility study completed in November 2021, will cost an estimated $30.6 million.

The updated PFS outlined a 14.3-year mine life producing about 1 million tonnes of zinc-equivalent per year at an all-in sustaining cost of US52¢ per lb. zinc-equivalent. Total operating costs were forecast to run to $52.56 per tonne milled.