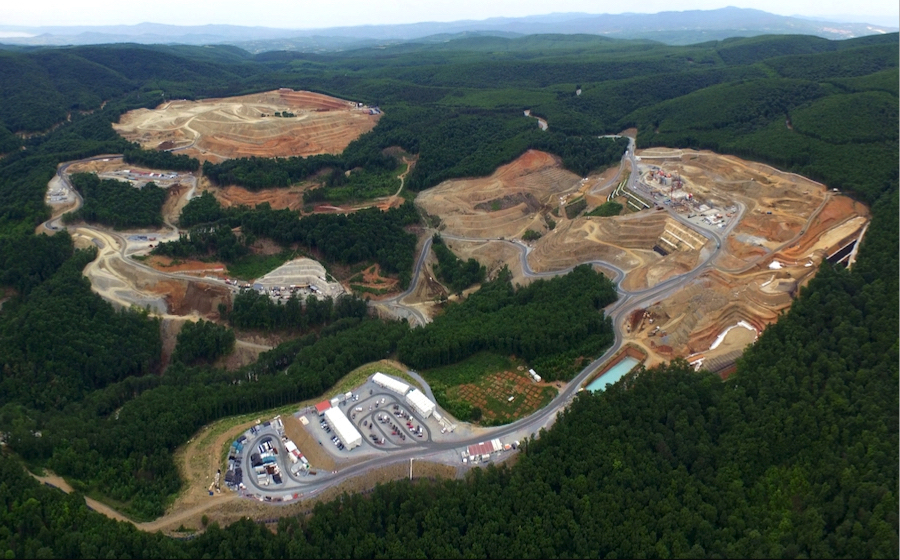 Canada’s Eldorado Gold (TSX: ELD; NYSE: EGO) said on Tuesday it had completed key growth projects at two of its assets — the Lamaque mine in Val d’Or, Quebec, and  Kışladağ gold mine in Turkey, which will allow it to further expand production outside Greece.

For years, the miner focused its exploration and development efforts in the European country. Long dragged differences between Eldorado and the Greek government, mainly over environmental regulations, pushed the company to look elsewhere, including home.

At Lamaque, its first gold mine in Canada, the Vancouver-based company has finished the Triangle-Sigma decline, which provides underground access for lower-cost exploration in the prospective area between the Triangle mine and the historic Sigma and Lamaque operations.

The project also reduces surface ore rehandling and haulage by about 26 km, or 50-minutes round trip from the Triangle mine to the Sigma mill, reducing costs and carbon emissions, and removing haulage traffic from public roads.

At its Kışladağ gold mine in Turkey, the company has concluded construction and wet commissioning of a high-pressure grinding rolls (HPGR) circuit expected to increase heap leach life of mine recovery by between 4% and 5%.

Eldorado believes there is potential to further increase recovery at Kışladağ with additional optimization of the HPGR circuit, which could lead to higher gold production. The project was completed within the $35 million cost estimate over a two-year period, the company said.

Eldorado, which also has operations in Romania and Brazil, has increased focus on the domestic market in recent years. It bought Quebec explorer QMX Gold in January and acquired a 11.5% stake in Probe Metals, another local explorer, in July.

The main bone of contention between Eldorado and Greece has been the company’s projects in the country’s north, particularly Skouries. Progress at the gold-copper project has in the past been hindered by both government delays in issuing permits and community opposition over the possible environmental impacts of gold mining in a densely forested area.

The company has been able to move forward with Olympias, one of its two key mines in the country.

Construction at Skouries, which has reserves of 3.7 million ounces of gold and 1.7 billion pounds of copper, has remained halted since 2017.

In April, Eldorado received a long-awaited permit for the use of dry stack tailings disposal.

The company said on Tuesday it completed a feasibility study for Skouries since, which results it will announce on Wednesday, Dec. 15, after market close.

Greece and Eldorado, the country’s biggest foreign investor, negotiated a new investment contract this year that was signed and ratified by Greek Parliament. The agreement provides enhanced fiscal revenues, environmental benefits, and support for local communities in the form of job creation and local projects.

The nation’s conservative government has vowed to attract foreign investment to boost an economy that shrank by a quarter during a decade-long financial crisis.