Equinox breaks ground at one of Canada’s largest gold mines

Equinox Gold (TSX, NYSE: EQX) has begun full-scale construction at its $1.23 billion Greenstone Gold Mines project in Ontario, Canada, which is slated to become one of the country’s largest gold mines, producing more than […]
By Cecilia Jamasmie October 27, 2021 At 7:29 am 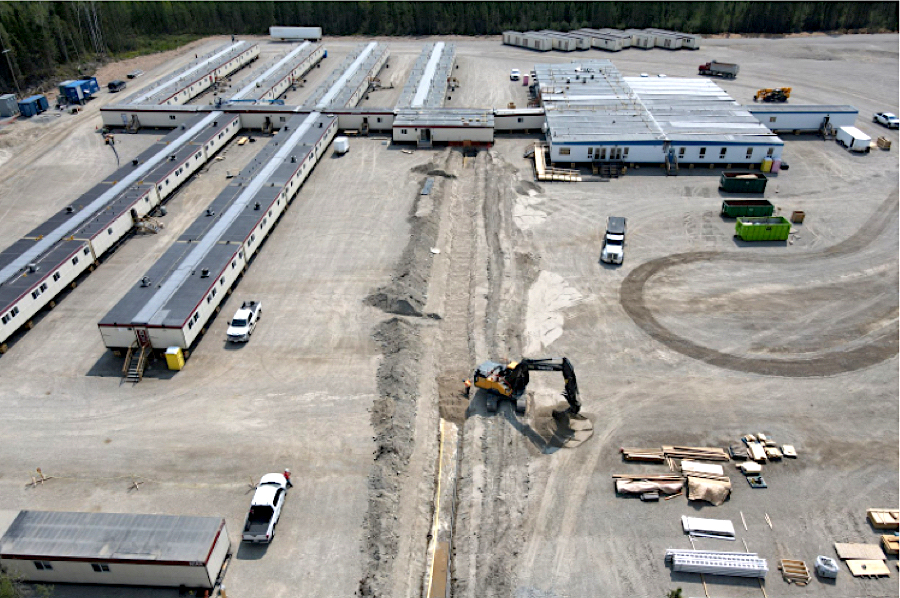 Equinox Gold (TSX, NYSE: EQX) has begun full-scale construction at its $1.23 billion Greenstone Gold Mines project in Ontario, Canada, which is slated to become one of the country’s largest gold mines, producing more than 400,000 ounces of the metal annually for the first five years of operations.

Being advanced in 60/40 joint venture with Orion Mine Finance Group, the complex is made up of several claims covering more than 105 km and is expected to churn out more than 5 million oz. of gold over its initial 14-year life.

Greenstone Gold Mines would bring more than 240,000 attributable ounces of gold production to Equinox once in operation.

The initial capital cost of the project, pegged at $1.53 billion, includes $125 million for the mining fleet of which roughly $100 million could be leased to reduce the upfront cash spend.

"Equinox Gold continues to focus on its strategy of sector-leading growth, launching Greenstone Mine development as construction at our Santa Luz mine in Brazil is nearing completion,” CEO Christian Milau said in a statement.

Attending the ground-breaking ceremony on Wednesday, Ontario’s Premier Doug Ford. The premier praised the company for its work with Indigenous communities and the government to get ready for construction.

“This world-class gold mine will create jobs and bring prosperity to the region, and to every corner of our province,” Ford said.

Based on Equinox’s estimates, Greenstone Gold Mines will create 800 local and 1,300 regional jobs during construction, with permanent positions pegged at 500 once in operations.

Early works have been underway since March, the company said, with more than $50 million of the total budget spent to date. Construction is expected to take two years plus six months of commissioning. Mining would start in the last quarter of 2022, with first gold pour is targeted for the first half of 2024.

The value of gold production in Canada has more than tripled from $2.8 billion in 2008 to $9.6 billion in 2020, making the country the world’s fifth largest producer of the precious metal. More than 75% of the nation’s gold is produced in Ontario and Quebec.

The country’s newest gold mine, Red Lake, is also located in Ontario. Commercial operations at the underground asset began in August.