As First Cobalt (TSXV: FCC) readies for a restart of its Ontario refinery next year, the company has announced a five-year offtake […]
By Canadian Mining Journal Staff March 29, 2021 At 12:40 pm 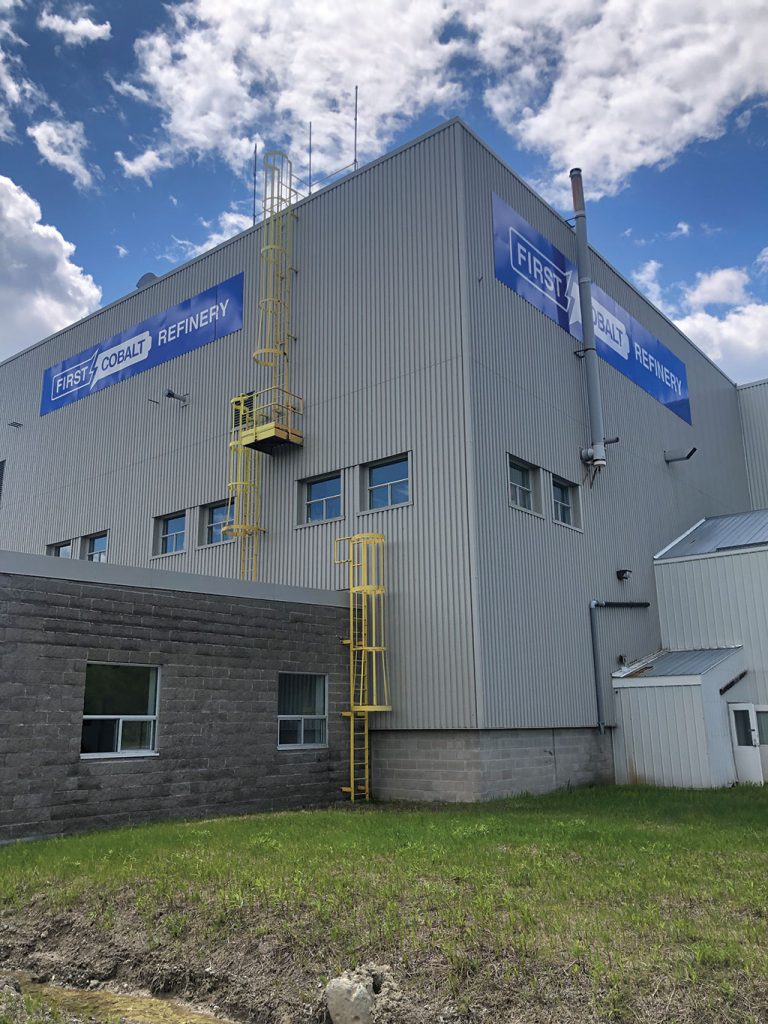 As First Cobalt (TSXV: FCC) readies for a restart of its Ontario refinery next year, the company has announced a five-year offtake agreement with London-based metals trader Stratton Metals for the sale of cobalt sulphate from the Temiskaming Shores hydrometallurgical facility.

The contract allows First Cobalt to sell up to 100% of the cobalt sulphate generated in a year to Stratton – the exact quantity would need to be determined by the company before the beginning of each year and includes a minimum. The sale prices would be based on the market prices at the time of the shipment. Stratton would also be paid a fee on the cobalt sulphate sales made under the agreement.

The Toronto-based company retains the flexibility to enter into offtake contracts with original equipment manufacturers (OEMs).

“Stratton Metals are among the most knowledgeable cobalt traders in the world, with a network of relationships in every major market,” Trent Mell, First Cobalt president and CEO, said in the release. “This sales arrangement is a key milestone for the company as firming up commercial arrangements supports the financing process for the refinery expansion.”

Mell added that the start-up of the refinery is on track for October 2022.

The five-year term of the latest contract matches the five-year term of the supply agreements with Glencore (LON: GLEN) and IXM (a subsidiary of China Molybdenum Company) that were announced in January and provide for 4,500 tonnes of contained cobalt a year. The cobalt hydroxide feed would be sourced from the two companies’ mines in the Democratic Republic of Congo.

First Cobalt is also in the process of negotiating a five-year project debt facility. The latest announcement is expected to allow the company to enter the cobalt sulphate market and qualify its product with cathode and battery cell manufacturers.

The cobalt company aims to market a premium cobalt brand, with one of the lowest greenhouse gas emissions in the industry. Once operational, the refinery would be the only refinery in North America producing cobalt for the electric vehicle market.

The facility operated between 1996 and 2015, to produce cobalt, nickel and silver. First Cobalt is expanding and modifying the prior flowsheet for cobalt hydroxide refining.