First Mining Gold has released the results of a prefeasibility study on an 11-year, 30,000 t/d open pit operation at its Springpole […]
By Canadian Mining Journal Staff January 20, 2021 At 11:21 am 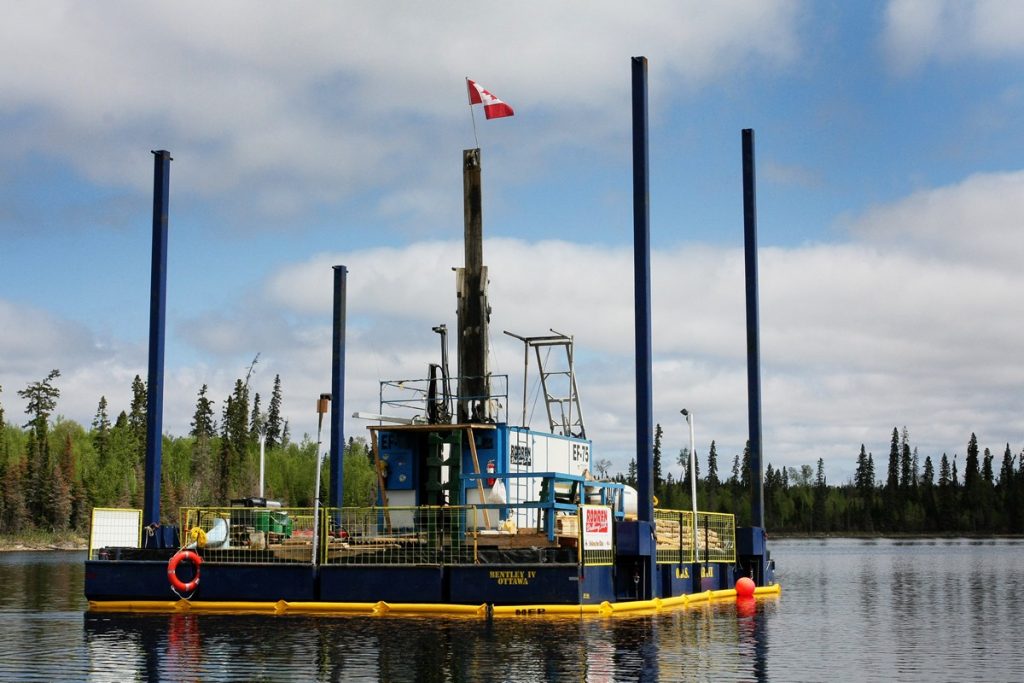 First Mining Gold has released the results of a prefeasibility study on an 11-year, 30,000 t/d open pit operation at its Springpole gold project in northwestern Ontario.

With an initial capital cost estimate of US$718 million, the after-tax net present value estimate for this project comes in at US$995 million, at a 5% discount rate and based on a gold price of US$1,600 per oz., with a 29.4% internal rate of return.

Along with the prefeasibility, First Mining has declared an initial reserve for Springpole. Probable reserves stand at 121.6 million tonnes grading 0.97 g/t gold and 5.23 g/t silver, for a total of 3.8 million gold oz. and 20.5 million oz. of silver.

“This PFS is an important milestone for the company as we continue to advance and de-risk the Springpole gold project,” Dan Wilton, CEO of First Mining, said in a release. “The results of the PFS confirm that Springpole has the potential to become a strategically significant, highly profitable gold mine in one of the most attractive mining jurisdictions in North America.”

Wilton added that First Mining recently added Steve Lines to its team, Lines has experience with permitting several Canadian open pit projects that would require in-lake cofferdams and dewatering. The Springpole deposits sits underneath a portion of the northern bay of Springpole Lake – two dewatering dykes, over a total length of 940 metres, would need to be built to dewater this part of the bay. The total area to be potentially dammed and dewatered covers approximately 1.5 sq. km and represents approximately 6% of the surface area of Springpole Lake, and 3% of its volume.

In terms of project development, the site also requires an access road (which the study assumes would be completed before the start of construction) and a new power transmission line. The latter would likely need to connect to the provincial line, 75 km to the southeast.

Looking at the latest study, the company has identified upside opportunities to the current project economics. These include potential for upgrades to the existing resources from infill drilling, mine plan and process optimization and additional geotechnical studies. There are further geophysical targets around the resource.

The project is 110 km northeast of Red Lake.