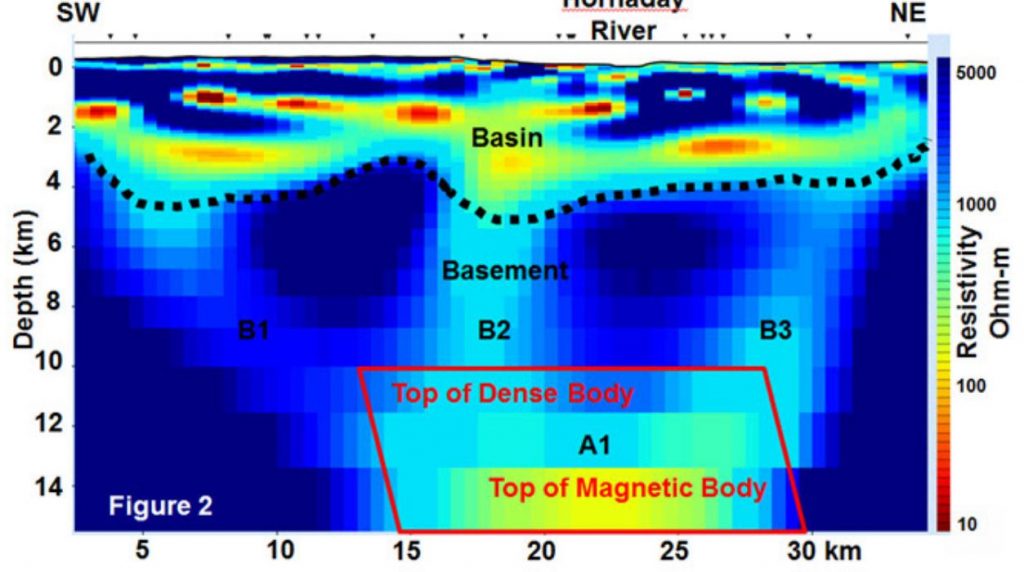 MT resistivity and depth profile of the Darnley Bay anomaly. (Image: Generation Mining)[/caption] NORTHWEST TERRITORIES – Toronto-based Generation Mining spent this summer running a magnetotelluric (MT) program at its Darnley Bay anomaly near the town of Paulatuk. The program imaged the deep source of the anomaly and outlined a number of large, near surface targets. MT reaches more deeply into the earth than other geophysical methods. Since the 1990s, this method has been used to locate deep conductive mineral deposits at depths below 1,500 metres. Generation Mining says the Geological Survey of Canada has compared the Darnley anomaly favourably with those at Norilsk in Russia and the Sudbury Basin in Ontario. The upside at Darnley Bay is its exceptional size – 100 km long north-south and 60 km wide – and strength. The GSC discovered the Darnley Bay anomaly in 1969, but was never able to ascertain its source. The work conducted for Generation Mining is the first to map the top of the magnetic body at the site. Learn more at www.GenMining.com.