TORONTO – Based on the strong economics of the Phase III Expansion study for the Island Gold mine in Ontario, which includes […]
By Magda Gardner July 15, 2020 At 12:36 pm 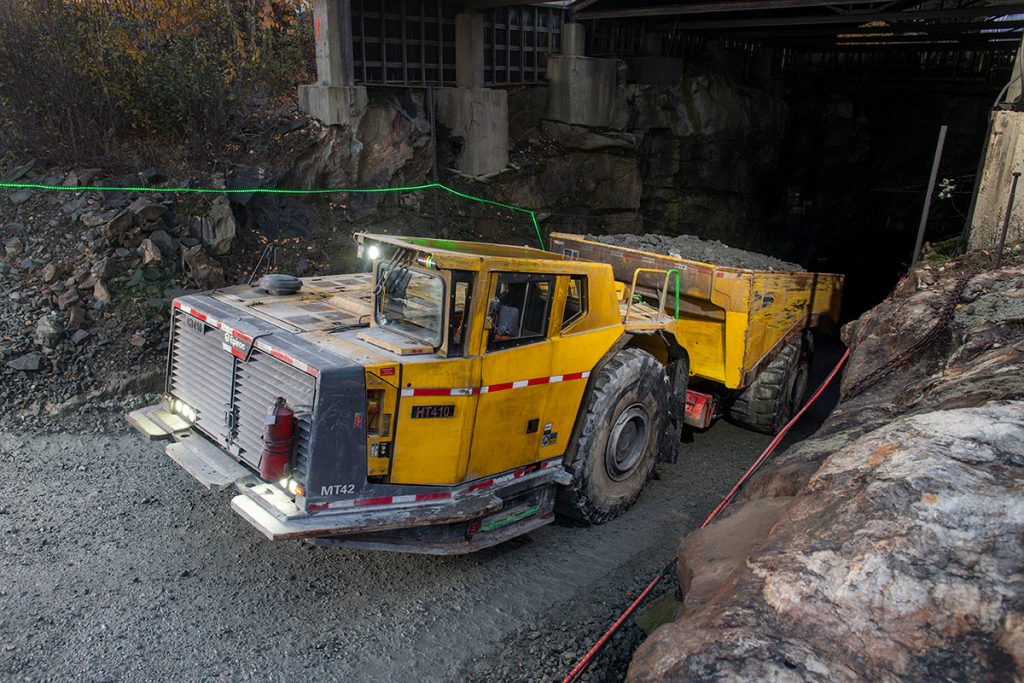 Island Gold portal Credit: Alamos[/caption] TORONTO – Based on the strong economics of the Phase III Expansion study for the Island Gold mine in Ontario, which includes a new 1,373-metre shaft, Alamos Gold announced that it is proceeding with an expansion of the underground mine to 2,000 t/d, up from 1,200 t/d currently. The expansion study outlined average annual gold production of 236,000 oz. annually starting in 2025, once the shaft is complete, at mine site all-in sustaining costs of US$534 per oz. The capital cost estimate for the expansion stands at US$514 million with an additional US$552 million required in sustaining capital over the next 16 years. Based on a base-case gold price of US$1,450 per oz., the after-tax net present value estimate for this expansion comes in at US$1.02 billion, at a 5% discount rate, with a 17% internal rate of return. “Island Gold has been a tremendous acquisition for Alamos Gold,” John McCluskey, the company’s president and CEO, said in a release. “The Phase III Expansion study showcases the growing value of Island Gold. Already one of the most profitable mines in Canada, the expansion will increase production, lower costs and make this operation even more profitable. The expansion will also best position the operation to benefit from additional exploration success.” As part of the study, Alamos evaluated five potential mining scenarios at the pre-feasibility level – these included an expansion of the existing ramp as well as a shaft expansion to 1,600 t/d. Ultimately, the company selected the 2,000 t/d shaft production option, which includes a shaft build, paste fill plant and mill and tailings facility expansions. Once the shaft is complete in 2025, Alamos expects to skip ore and waste to surface, increasing production and driving down costs – this material is currently trucked to surface. Any permitting requirements for the shaft expansion are expected to be complete within 18 to 24 months. The study envisions a 16-year mine, with a 9.6-million tonne mineable resource grading 10.45 g/t gold. According to Alamos, this includes existing mineral reserves as well as approximately 80% of measured and indicated and inferred resources, based on the historical conversion of inferred resources to reserves. Prior to withdrawing production guidance in April due to the COVID-19 pandemic, Island Gold was expected to produce 130,000 oz. to 145,000 oz. of gold this year. Earlier this month, the company announced that it has completed the lower mine expansion at its Young-Davidson underground mine in Ontario and started up the Northgate shaft – mining rates are expected to ramp up to 7,500 t/d by year-end. For more information, visit www.AlamosGold.com.