NEWFOUNDLAND – Anaconda Mining of Toronto is setting itself up for long term success mining gold in this province. First came its […]
By Marilyn Scales January 29, 2018 At 4:30 pm 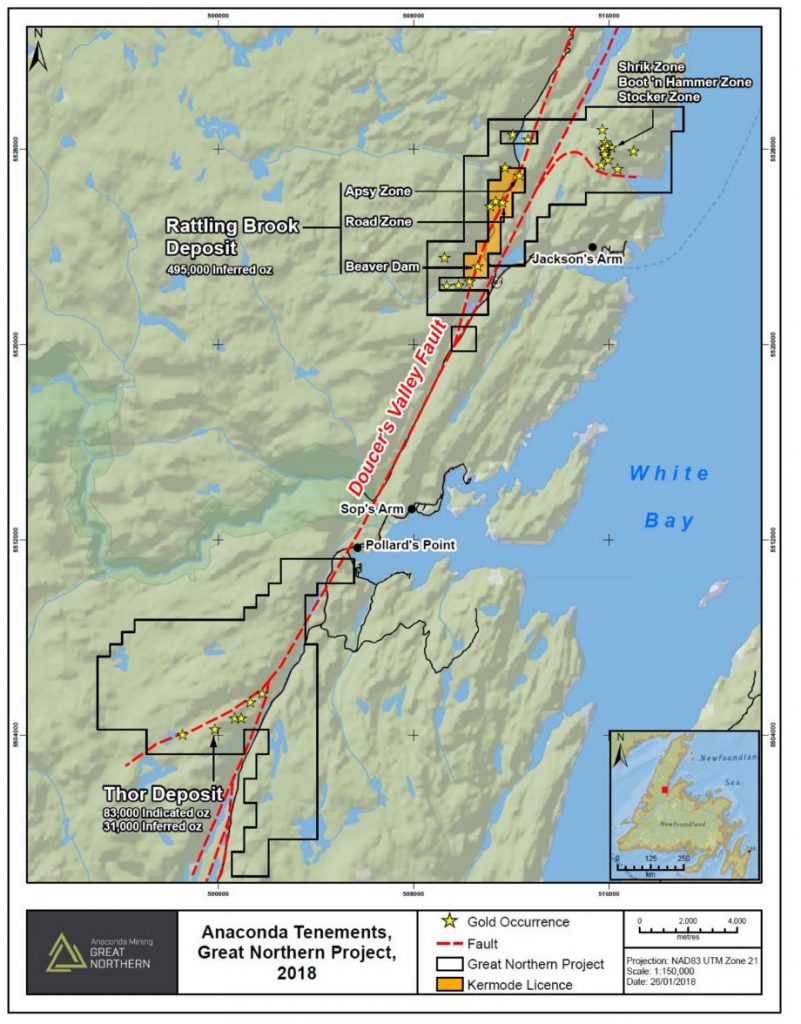 Map of the expanding Great Northern gold project. (Image: Anaconda Mining)[/caption] NEWFOUNDLAND – Anaconda Mining of Toronto is setting itself up for long term success mining gold in this province. First came its Point Rousse mine and processing plant, a pipeline of advancing projects – Goldboro, Argyle, Deer Creek and Stog’er Tight – and a growing land position at its Great Northern project. Great Northern is located in the White Bay area, near the community of Jackson’s Arm. The project is growing with the acquisition of the Rattling Brook gold deposit from Kermode Resources. The Rattling Brook deposit has a non-compliant, historic resource of 495,000 oz. of gold in 18.3 million tonnes grading 0.84. It is contiguous with Anaconda’s other holdings in the area. The Great Northern project also covers the Thor gold deposit. It has an indicated resource of 1.8 million tonnes at 1.42 g/t gold (83,000 oz.) and an inferred resource of 847,000 tonnes at 1.15 g/t (31,000 oz.). When Anaconda begins drilling at Great Northern, find details at www.AnacondaMining.com.