ONTARIO – Argonaut Gold has completed a key permitting milestone for its Magino project, which included consultation with Indigenous communities and members […]
By Magda Gardner June 11, 2020 At 3:35 pm 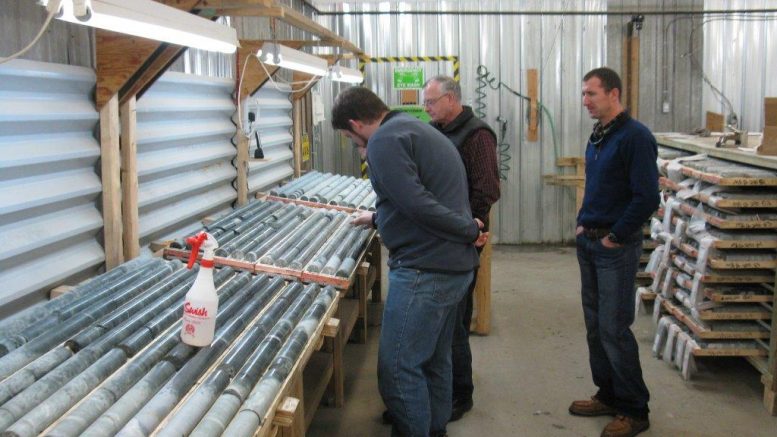 Core samples at Magino Credit: Argonaut[/caption] ONTARIO – Argonaut Gold has completed a key permitting milestone for its Magino project, which included consultation with Indigenous communities and members of the public. According to the company, the completed Schedule 2 amendment of the Metal and Diamond Mining Effluent Regulations is an important authorization for the site. “From a permitting perspective, the completion of the Schedule 2 process significantly de-risks the Magino project and makes it much more attractive to potential joint-venture partners and project financing lenders,” Pete Dougherty, the company’s president and CEO, said in a release. The company expects to make a decision on the next steps for Magino in the second half of the year, with the necessary project approvals and development financing options available at that time. Deep drilling has been ongoing at the site with assays pending – these will be released throughout the remainder of this year. Over the past few months, Argonaut has released drill results from the 22-sq.-km site, which suggest the presence of mineralization below and adjacent to the reserve pit limits. “In addition, we are excited by the ongoing deep drilling exploration program, where we are consistently hitting high-grade intercepts, which are not included in our current mineral reserve or mineral resource estimates,” Dougherty concluded. Magino lies 40 km northeast of Wawa in Ontario, with reserves of 59 million tonnes grading 1.13 g/t gold for a total of 2.1 million oz., at a cut-off grade of 0.41 g/t gold. A 2017 feasibility study for the project outlined a 10,000 t/d open pit operation with a 17-year mine life, producing an average of 150,000 oz. of gold in the first five years of operation. With a pre-production capital cost of US$293 million, the project net present value estimate, at a 5% discount rate, came in at US$288 million. The Magino property includes a past-producing underground mine. For more information, visit www.ArgonautGold.com.