BRITISH COLUMBIA – Ascot Resources has announced a non-brokered private placement of up to 7.8 million common shares and 5.1 million flow-through […]
By Magda Gardner February 5, 2020 At 12:58 pm 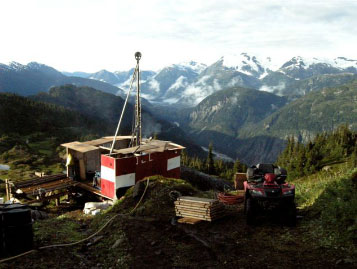 Martha Ellen deposit at Premier Credit: Ascot Resources[/caption] BRITISH COLUMBIA – Ascot Resources has announced a non-brokered private placement of up to 7.8 million common shares and 5.1 million flow-through shares for gross proceeds of $10 million. The net proceeds of the offering will be used to fund the company’s exploration efforts this year, advance permitting and engineering and for economic studies on the company’s B.C.-based project as well as for corporate purposes. Closing is expected around Feb. 20 with a four-month hold on the securities issued. January update grows indicated resource In January, Ascot released updated resources for its flagship 81.3-sq.-km Premier Gold project located in B.C.’s Golden Triangle. Updated indicated resources for the four deposits at the site now stand at 4.1 million tonnes grading 8.01 g/t gold for a total of 1.1 million oz. with additional inferred resources of 5.1 million tonnes at 7.25 g/t gold totaling 1.2 million oz. When compared with the prior resource, the indicated ounces increased by 60% with no major changes in the associated grade. Indicates ounces decreased by 15%. This updated resource will be used as the basis of a feasibility-level study for the Premier project, which is expected for release by the end of March. There is an existing mill, tailings facility and water treatment plant at the past-producing Premier project. In addition, Ascot also holds the Red Mountain asset, also within the Golden Triangle, located 10 km from Premier. Combined resources across these projects total 1.8 million oz. of gold and 6.8 million oz. of silver in the measured and indicated category with an additional 1.3 million oz. of gold and 4.8 million oz. of silver inferred. For more information, visit www.AscotGold.com.