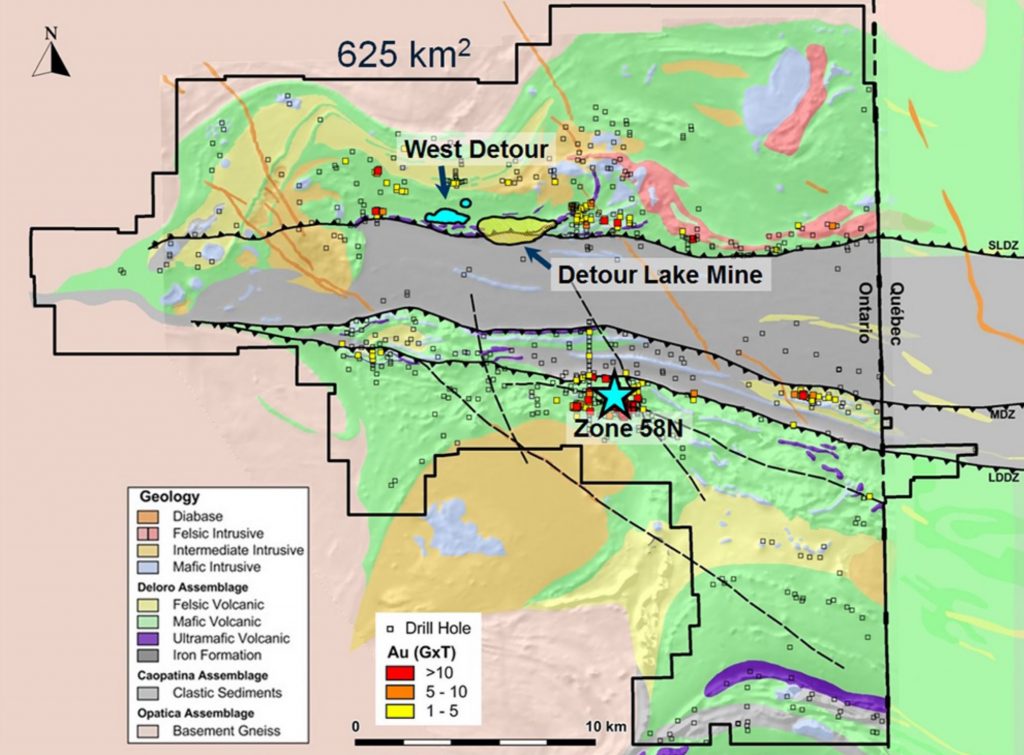 Location of zone 58N.[/caption] ONTARIO – Toronto-based Detour Gold Corp. has received the initial independent resource estimate for zone 58N located 6 km south of the company’s Detour Lake gold mine in Northern Ontario. The zone contains 2.9 million indicated tonnes grading 5.80 g/t gold for 534,300 contained oz. and 970,000 inferred tonnes at 4.35 g/t for 136,100 contained oz. of gold. The estimate is based on the results from 332 diamond drill holes totaling 109,700 metres. Holes were spaced on 25-metre centres in the upper 500 metres and on 40-metre centres below 500 metals. Detour says the mineralization in zone 58N has a strike length of 450 metres and occurs from the surface to a depth of 800 metres. It is hosted in a swarm of tonalitic dykes that intrude mafic volcanic rocks and are spatially controlled by the margin of a large intermediate intrusion. Gold mineralization is found in quartz-tourmaline-carbonate veins containing less than 5% sulphides. Detour is studying what steps to take next. The work will likely include site access and surface infrastructure, and underground development for further exploration drilling. Click here for more information about zone 58N.