QUEBEC – Eldorado Gold Corp. of Vancouver has completed a pre-feasibility study for development of the Triangle deposit and refurbishing the Sigma […]
By Marilyn Scales March 22, 2018 At 4:30 pm 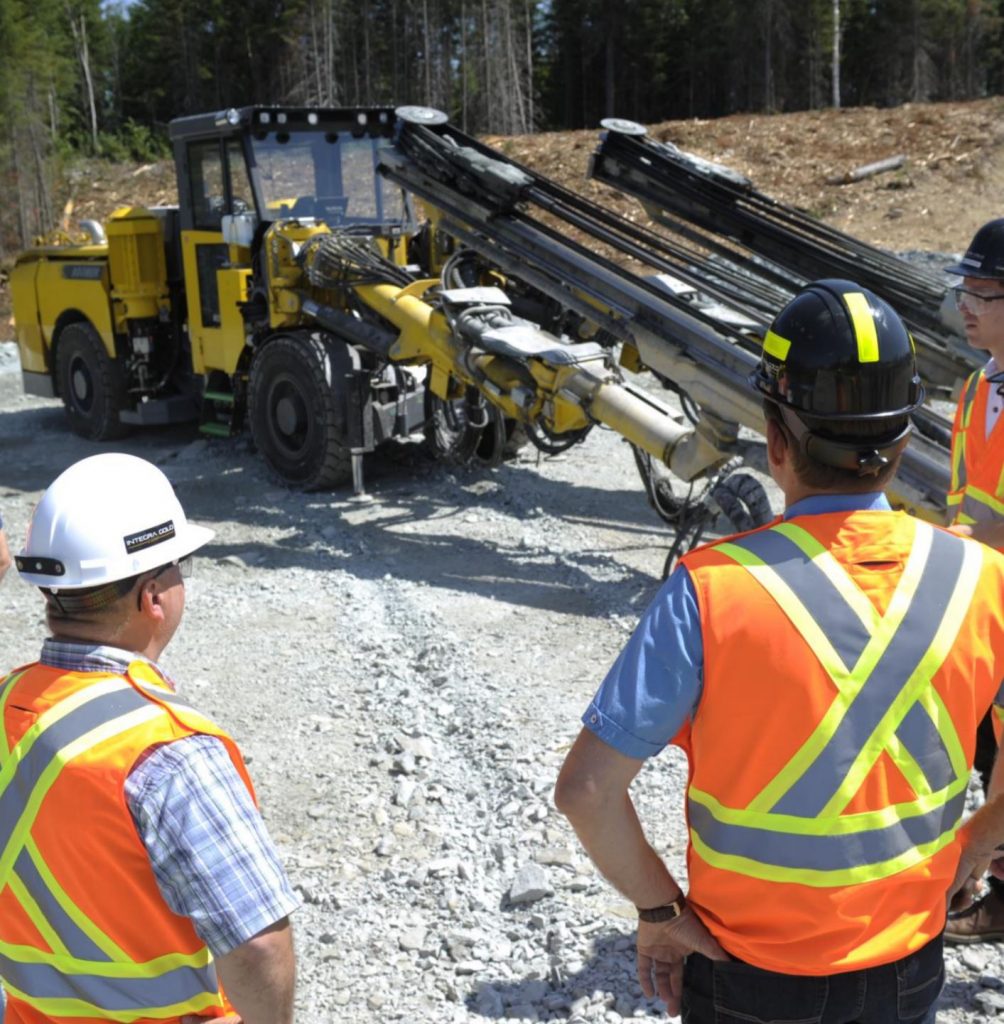 A jumbo drill ready to go underground at the Lamaque mine. (Image: Eldorado Gold Corp.) A jumbo drill ready to go underground at the Lamaque mine. (Image: Eldorado Gold Corp.)[/caption] QUEBEC – Eldorado Gold Corp. of Vancouver has completed a pre-feasibility study for development of the Triangle deposit and refurbishing the Sigma mill at its Lamaque gold project in Val d’Or. As envisioned the underground producer would have an peak annual output of 123,000 oz. at an all-in sustaining cost of US$717 per oz. The Lamaque project carries a capital cost of C$122 million plus C$57 million of pre-production costs. The cost would be offset by C$80 million pre-commercial gold sales, for a net start-up cost of C$99 million. The project has an after tax net present value of $205 million at a 5% discount, an internal rate of return of 34.3%, and a 3.7-year payback period. Eldorado says production could start early next year with a mine life of seven years. The resource estimate at the end of 2017 was 4.7 million measured and indicated tonnes averaging 8.45 g/t gold and 5.4 million inferred tonnes grading 7.29 g/t. The resource contains 1.27 million oz. and 960,000 oz., respectively. Eldorado has received the certificate of authorization, closure plan, and mining lease for the Triangle deposit. The permit for operation of the Sigma mill is expected in the third quarter of this year. The company is considering driving a ramp – passing through both the Plug 4 and Parallel zones – from the Triangle deposit to the Sigma mill. Such a ramp would reduce haulage costs and provide an excellent exploration drill platform. Eldorado plans to file the Lamaque pre-feasibility study on SEDAR on March 29, 2018. Meanwhile, visit www.EldoradoGold.com.