VANCOUVER – Eldorado Gold and Integra Gold have struck a deal by which the former will acquire all of the issued and […]
By Marilyn Scales May 15, 2017 At 4:38 pm 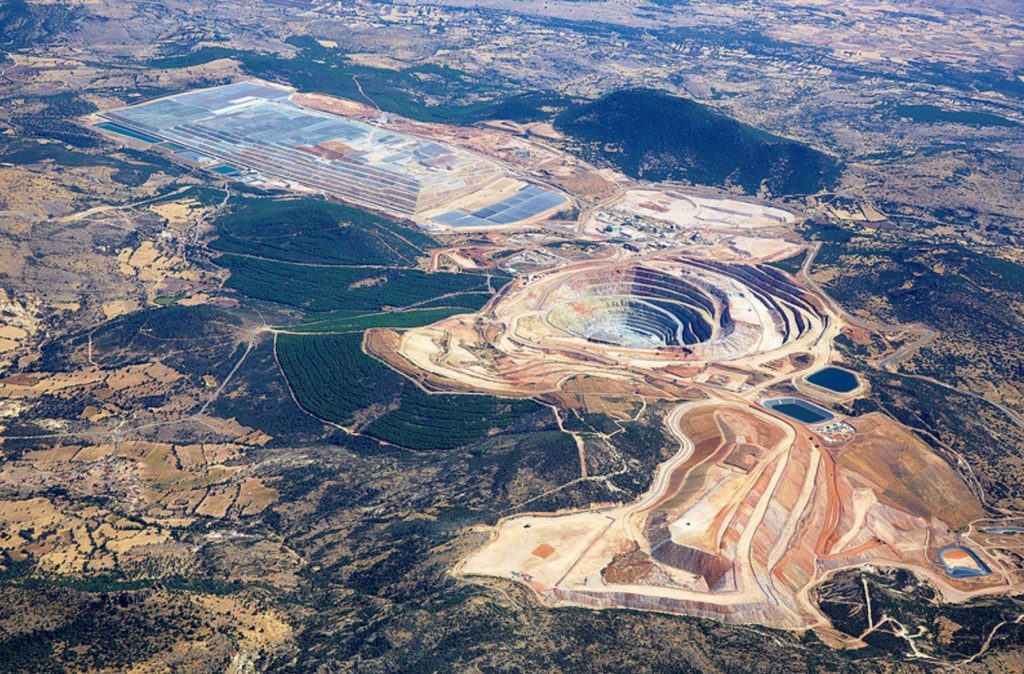 VANCOUVER – Eldorado Gold and Integra Gold have struck a deal by which the former will acquire all of the issued and outstanding shares of the latter. The cash and shares arrangement values Integra at $590 million. [caption id="attachment_1003718445" align="alignleft" width="300"] Eldorado’s Kisladag heap leach mine in Turkey.[/caption] Shareholders of Integra may choose to receive either 0.24250 of an Eldorado share or $1.21250 in cash or 0.18188 of an Eldorado share plus $0.30313 in cash. Eldorado will issue up to 77 million shares and the maximum cash payout will be $129 million (equal to 25% of the total consideration). The deal gives Eldorado a high profile foothold in Canada at the Lamaque project in Val d’Or, Que. This would be its first advanced exploration property in Canada. The company has producing mines (primarily gold) in Turkey, Greece, and China as well as development projects in Romania, Greece, Brazil, and China. Eldorado produced about 486,000 oz of gold in 2016. Integra has had great success expanding the Lamaque resource, but perhaps a more deep-pocketed owner can move the project toward production without unseemly delays. Using a 5.0 g/t cut-off, the company says the Lamaque property has indicted resources of 5.1 million tonnes averaging 8.13 g/t gold or 1.5 million contained ounces. The inferred resource is another 3.5 million tonnes at 7.94 g/t gold and containing another 896,948 oz. The recent preliminary economic assessment suggests that a 123,000 oz/year underground mine is possible. Acquisition of Integra by Eldorado also, and importantly, gives Eldorado access to all the digital systems and disruptive technologies that Integra has recently championed. Integra was a sponsor of the #DisruptMining showcase at this year’s PDAC conference. The agreement is subject to shareholder and regulatory approvals. See either company’s website for more information – www.EldoradoGold.com or www.IntegraGold.com.