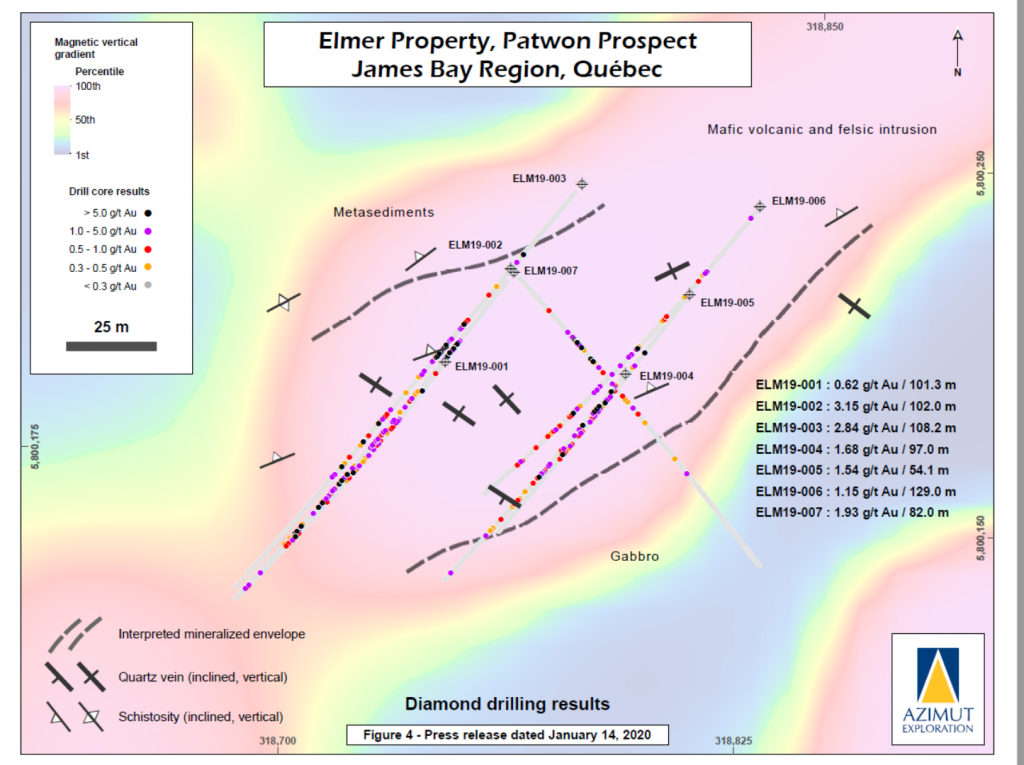 Drill results at Azimut Exploration's Elmer property, in James Bay, Quebec. Credit: Azimut Exploration[/caption] QUEBEC – Azimut Exploration’s first seven drill holes at its Elmer property in the James Bay region of Quebec have returned long intercepts of gold mineralization, including 102 metres of 3.15 g/t gold. Highlights from the 996-metre drill campaign, which was conducted at the Patwon prospect at Elmer, include: Azimut considers the intercepts the most significant gold exploration results in the James Bay region since the discovery of the Éléonore gold deposit in 2004. The Patwon prospect is part of a larger 7-km-long target zone at Elmer. The company is conducting an induced polarization geophysics survey in the discovery area in preparation for a more comprehensive drill program. Azimut says the results show that gold-bearing mineralization occurs in veins in three different orientations. So far, mineralization has been traced over 200 metres with a width at surface of 50 to 70 metres, and to 100 metres depth, where it remains open. The company staked the Elmer property and the adjacent Duxbury property based on its proprietary predictive gold modelling technology AZtechMine. For more detailed results, visit www.azimut-exploration.com.