Drilling at the Golden Point exploration target at the Macraes gold mine in New Zealand is intersecting high grade gold for OceanaGold. […]
By Alisha Hiyate October 3, 2019 At 4:35 pm 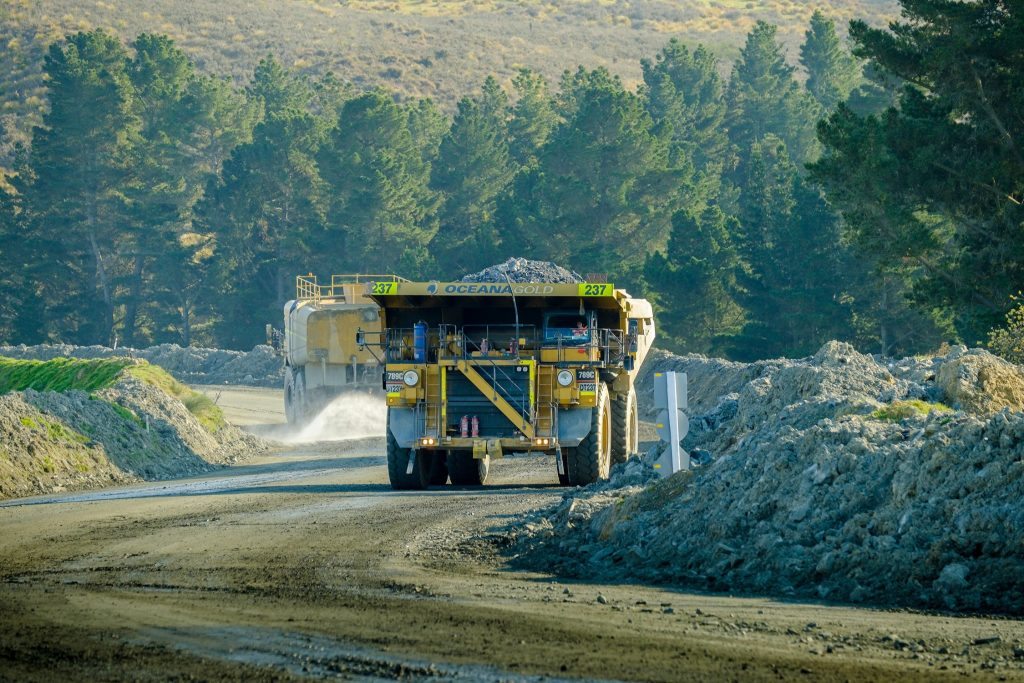 OceanaGold's Macraes gold mine in New Zealand. Credit: OceanaGold[/caption] Drilling at the Golden Point exploration target at the Macraes gold mine in New Zealand is intersecting high grade gold for OceanaGold. The company released results from the 2019 drill program at Golden Point, including highlights of 29 metres grading 6.38 g/t gold (from 198 metres depth); 13 metres of 7.11 g/t gold (from 153 metres); 12 metres of 6.73 g/t gold (from 195 metres); and 8 metres of 8.38 g/t gold (from 173 metres). OceanaGold has drilled 77 holes totalling 19,567 metres at Golden Point, part of the Round Hill project at Macraes, this year. A resource update is planned for late 2019. "We are very encouraged by the latest significant intercepts at Golden Point that give us increased confidence to advance this opportunity,” said Mick Wilkes, president and CEO of OceanaGold in a release. “We are working on a technical and economic study for the Golden Point area with the view of establishing a new underground operation. Exploration across the Macraes Goldfield is also an important part of our strategy to further increase the mine life for the Macraes operation." The Macraes mine on New Zealand’s South Island is expected to produce 175,000 to 190,000 oz. gold this year via open pit and underground operations. Measured and indicated resources at Macraes total 3.3 million oz. gold.