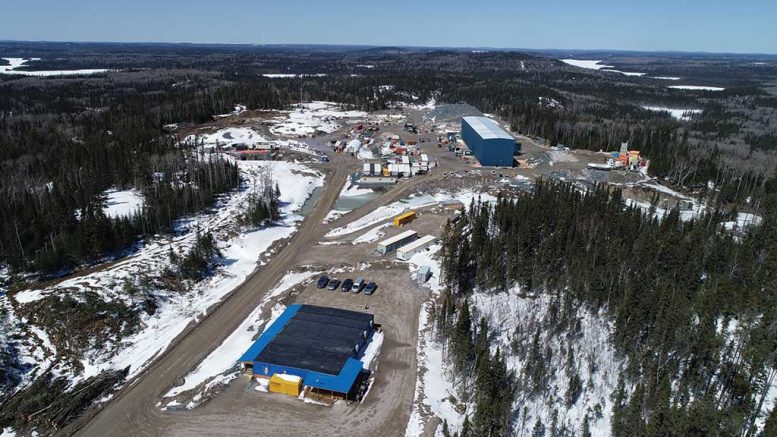 Sugar Zone gold project Credit: Harte Gold[/caption] ONTARIO – In the first quarter of this year, Harte Gold produced 8,597 oz. at its Sugar Zone mine. This is a record for the company and a 7% increase over the 8,017 oz. generated in the fourth quarter of 2019. This growth appears driven by higher grades milled – head grades averaged 5.5 g/t gold in the first quarter, which is an improvement over the 5.03 g/t and 3.61 g/t average grades milled in the fourth and third quarters of last year, respectively. At the end of March, mine operations were suspended as a precaution due to COVID-19, Harte is reviewing the situation with no decision on a potential restart at this time. Mine planning work is underway ahead of a re-start – additional details on production guidance will be released once this is complete. In addition, it appears that development and backfill rates at the mine are ahead of the company’s targets with paste plant filters for dry stack tailings now operational. Harte expects to access higher grade stopes later this year to further augment production. “I am very encouraged by the continued improvements in leading indicators that demonstrate a platform for sustainable growth and support fundamental changes instilled at the Sugar Zone mine,” Sam Coetzer, the company’s president and CEO, said in a release. “Over the next several weeks, the team will be focused on accomplishing several objectives, operationally and financially, that will support a smooth restart of the mine and continued performance throughout the remainder of this year.” The 793-sq.-km Sugar Zone mine site in White River entered commercial production last year. Most recent guidance from the company was for 42,000 oz. to 48,000 oz. of gold this year at all-in sustaining costs of US$1,475 to US$1,650 per oz. For more information, visit www.HarteGold.com.