QUEBEC – Hecla Mining has mounted an aggressive exploration program at its successful Casa Berardi gold mine 95 km north of La […]
By Marilyn Scales May 8, 2019 At 4:45 pm 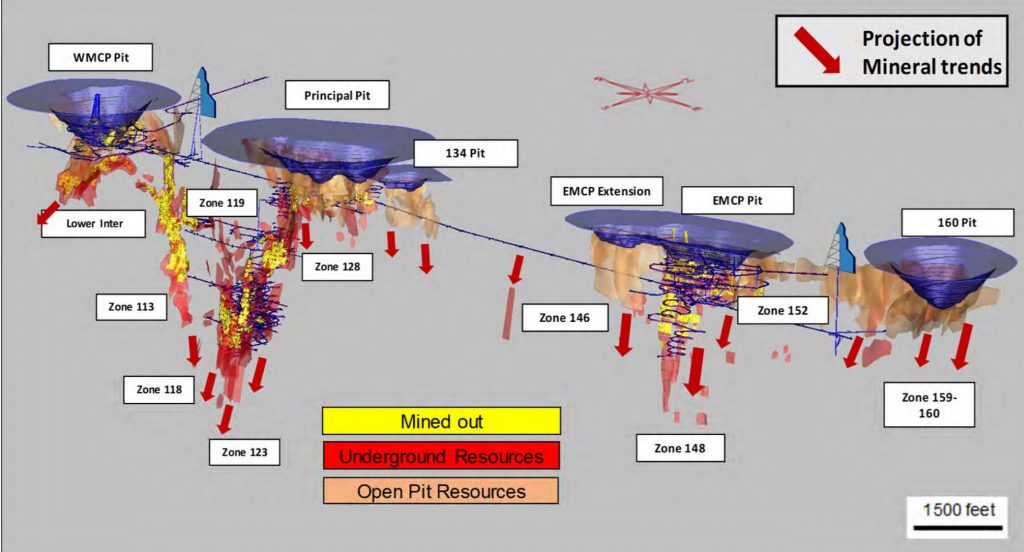 Hecla is finding several potential new ore sources at the Casa Berardi gold mine in Quebec. (Image: Hecla Mining)[/caption] QUEBEC – Hecla Mining has mounted an aggressive exploration program at its successful Casa Berardi gold mine 95 km north of La Sarre, in the Abitibi region. High grade extension in the upper East and West mines have been outlined and are potential new underground mining areas. The high grade 113 zone has also been drilled. It may link or intersect the western limit of the 118 zone, defining a significant resource area. Recent underground development has provided a platform for further evaluation. Drilling the 118 and 124 zones shows potential to extend and increase the grade in the Principal area. Drill intersections from this area include 6.51 g/t gold over 4.69 metres and 18.17 g/t over 1.1 metre. Drilling below the 1200 level indicates these two zones may converge at depth. Hecla has also drilled the stacked, high grade lenses of the 123 zone and defining a connection among them over a 580-metre strike length and more than 1,100 metres down dip below the 1070 level. At the 128 zone below the Principal pit a series of high grade, steeply plunging lenses have been defined over 180 metres from the surface. Intersections there include 8.83 g/t gold over 1.6 metre and 42.85 g/t over 0.5 metre. Drilling of the 152 zone at the western extent of the East mine is testing underground potential between the 148 and 160 zones. Intersections there returned 9.60 g/t over 0.9 metre and 5.83 g/t over 3.0 metres. Hecla is also conducting definition drilling at the 300 level of the East Mine. Drilling of the West mine crown pillar (WMCP) is testing the open pit potential to the west of the West shaft. The Casa Berardi mine produced 162,744 oz. of gold in 2018. More information is available at www.Hecla-Mining.com.