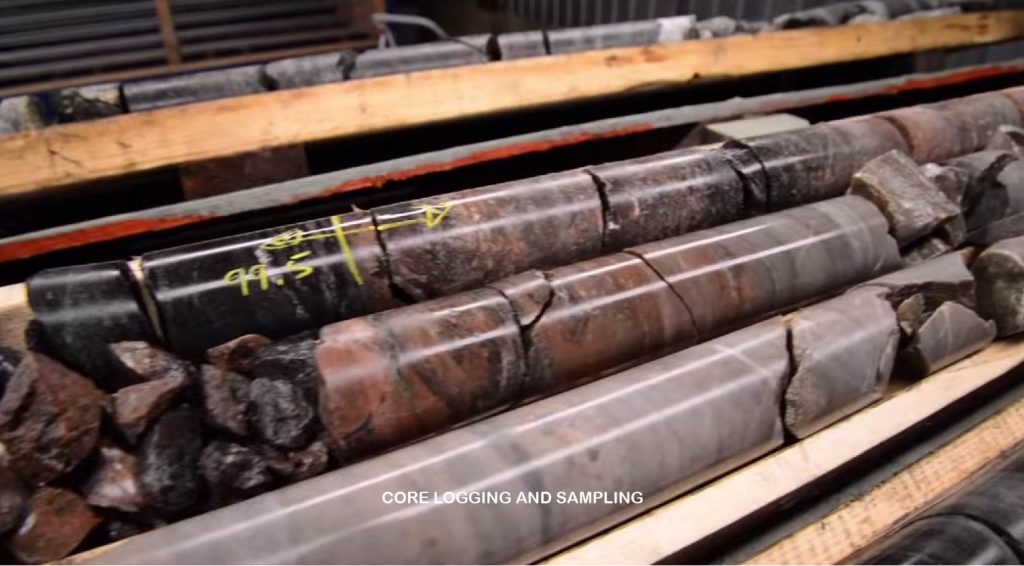 Nelligan drill core Credit: Vanstar[/caption] QUEBEC – Drill results from Iamgold’s 75%-owned Nelligan joint venture project suggest potential for a western extension of the existing resource and confirm the data in the existing resource model. In its most recent release, the company has reported assays for six diamond drill holes. Highlight intercepts include 27 metres of 2.86 g/t gold starting at 337.5 metres and 25.1 metres of 1.87 g/t gold starting at 310.5 metres from the Renard zone as well as 10.5 metres of 10.5 g/t gold from 259.5 metres at the Renard West zone. “The drilling program continued to intersect the expected alteration and associated mineralization within the resource area, and importantly has demonstrated that the alteration system remains open along strike to the west outside of the current modelled resource for potentially another 500 metres,” Craig MacDougall, the company’s senior vice-president of exploration, said in a release. MacDougall added that these results are from drilling completed before the mandated Quebec government suspension due to the COVID pandemic; additional work is required to further follow up on these most recent results. The company suspended its diamond drill program at Nelligan on Mar. 23; approximately 8,000 metres were planned for this year to infill the inferred resource and evaluate its potential depth and strike extensions. Iamgold completed 4,995 metres before the suspension and is currently designing a summer drill campaign. Assays for an additional three holes are also pending. Additional metallurgical tests are also planned to evaluate the recoveries from different zones of the deposit and to refine flow sheet specifications. In October of last year, Iamgold reported (on a 100% basis) an initial inferred mineral resource for Nelligan of 97 million tonnes grading 1.02 g/t gold, containing a total of 3.2 million oz. of gold. Mineralization within the current resource has been traced over 1 km of strike and down to a vertical depth of over 350 metres. The site, 60 km southwest of Chibougamau, is under an earn-in option to joint venture agreement with Vanstar Resources. Iamgold may earn an additional 5% in this project, for a total interest of 80%, by completing a feasibility study. For more information, visit www.Iamgold.com.