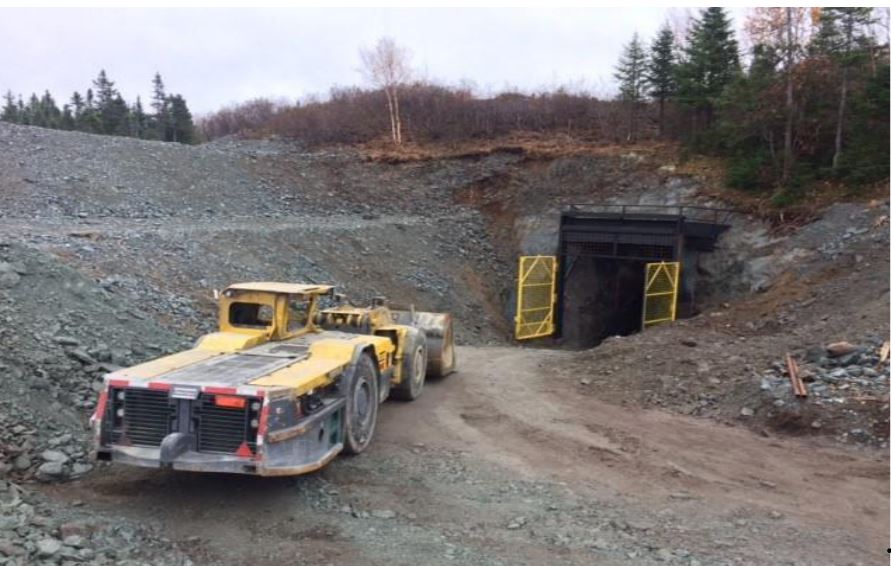 Between 2000 and 2004 the Hammerdown gold mine was operated by Richmont Mines. (Image: Maritime Resources Crop.) Between 2000 and 2004 the Hammerdown gold mine was operated by Richmont Mines. (Image: Maritime Resources Crop.)[/caption] NEWFOUNDLAND – Toronto-based Maritime Resources Corp. has begun infill drilling at its Hammerdown gold project 15 km northwest of Springdale. About 3,000 metres of drilling is planned in 19 holes designed to convert inferred to measured and indicated resources. The pre-feasibility study is to be updated late this year. Maritime is also planning a 2,000-metre drill program and geophysical survey to test the depth potential at Hammerdown. The Capt. Nemo fault cuts the known deposit off at about 250 metres below surface. The company will be seeking the potential offset of the deposit. The company has engaged Gemtec Consulting Engineers and Scientists to lead the baseline environmental studies at Hammerdown. SRK Consulting (UK) will manage the geochemistry program. Maritime has been testing ore sorting technology for potential use at Hammerdown. The latest bulk scale tests included a first step of x-ray transmission (XRT) followed by a secondary laser step. When assay results are received, the decision will be made to undertake more tests. The Hammerdown gold mine operated from 2000 to 2004 when it produced 143,000 oz. of gold at an average mine grade of 15.7 g/t gold. Readers can find the latest Maritime corporate presentation at www.MaritimeResourcesCorp.com.