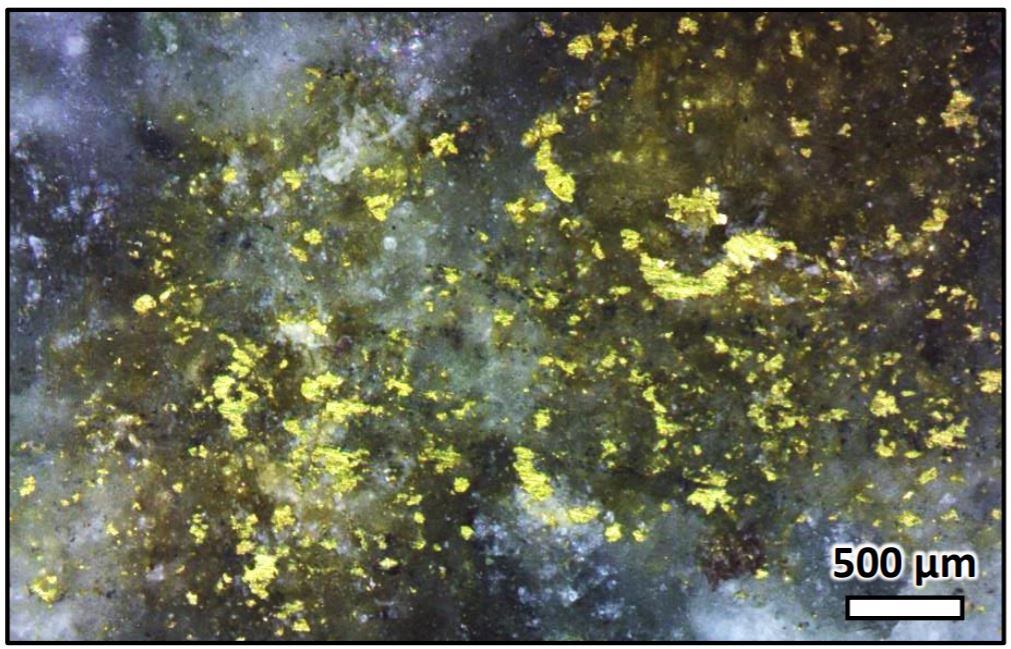 Visible gold in a sample from the Cheechoo project in Quebec. (Image: Sirios Resources)

Visible gold in a sample from the Cheechoo project in Quebec. (Image: Sirios Resources)[/caption] QUEBEC – Newmont Goldcorp, based in Denver, has raised its stake in Montreal’s Sirios Resources to 19.9% from 15.9% with the purchase of approximately 5.4 million units at $0.20 per unit for a total of roughly $1.1 million. The purchase was part of a non-brokered private placement by Sirios. The company offered a total of 7.4 million units at a price of $0.20 per unit, for gross proceeds of $1.48 million. Each unit consists of one common share of Sirios and one-half of a share purchase warrant. Each full warrant entitles the holder to purchase one Sirios share at a price of $0.30 for 18 months following the closure of the original private placement. Sirios will use the proceeds of the placement for exploration at its Cheechoo gold project in the James Bay area of Quebec. The Cheechoo deposit is only 13 km from the Eleonore gold mine owned and operated by Newmont Goldcorp. Sirios recently retained BBA to produce a maiden resource estimate. Metallurgical tests point to gold recovery as high as 97% including 88% by gravity. Additional information about the Cheechoo project is posted at www.Sirios.com.