ONTARIO – Pure Gold Mining has received an amended air and noise permit for its PureGold mine in Red Lake, which features […]
By Magda Gardner July 22, 2020 At 12:34 pm 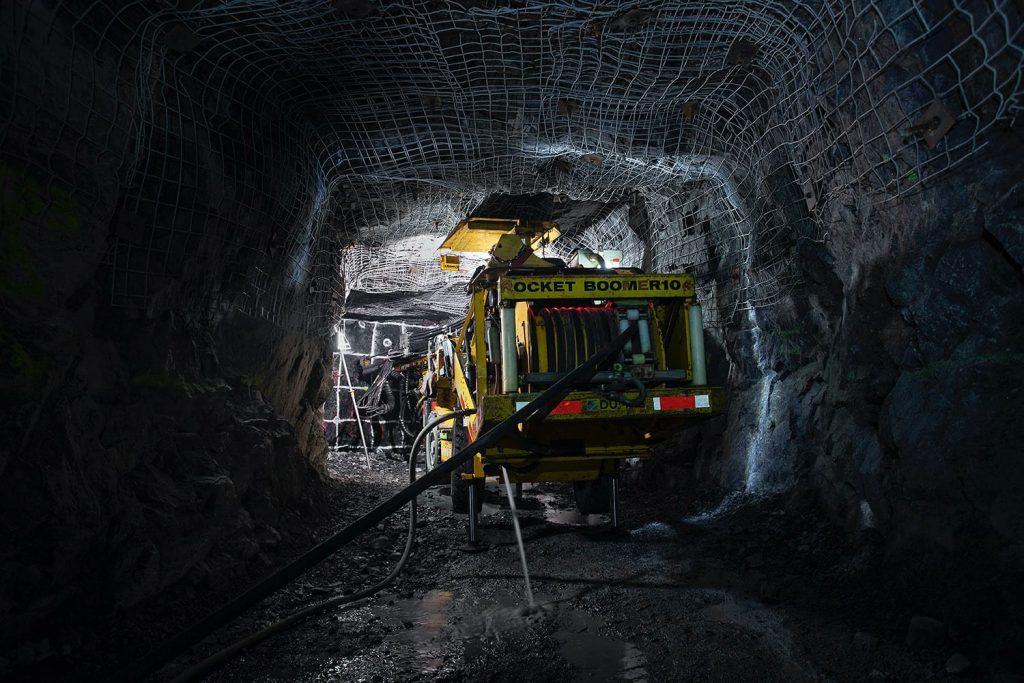 Underground drilling at PureGold Credit: Pure Gold[/caption] ONTARIO – Pure Gold Mining has received an amended air and noise permit for its PureGold mine in Red Lake, which features a processing production limit of up to 1,089 tonnes per day. The amended environmental compliance approval specifies the air and noise limits for mining and milling operations at PureGold site. “Since first acquiring the project, we have worked very closely with the First Nations, local communities and regulators to materially advance the project and to transform a brownfields site into a sustainable modern mine,” Darin Labrenz, the company’s president and CEO, said in a release. Pure Gold is now waiting for an amended industrial effluent permit – initial regulatory review is complete and the company has applied for an accelerated approval process for this amendment. The PureGold mine is currently under construction, with first gold production expected in late 2020. A feasibility study for the mine released last year outlined an operation producing up to 125,000 oz. of payable gold annually. Probable reserves for the project stand at 3.5 million tonnes grading 9 g/t gold for a total of 1 million oz. Mineral reserves are reported using cut-off grades between 4 g/t gold and 4.75 g/t gold. The PureGold property covers 47 sq. km and the existing orebody lies within a 7-km long system that remains open with a 30,000-metre drill program underway. For more information, visit www.PureGoldMining.ca.