ONTARIO – Underground drilling at Pure Gold Mining’s Red Lake mine has returned high-grade intercepts from both step-out and infill holes. The […]
By Magda Gardner July 7, 2020 At 11:30 am 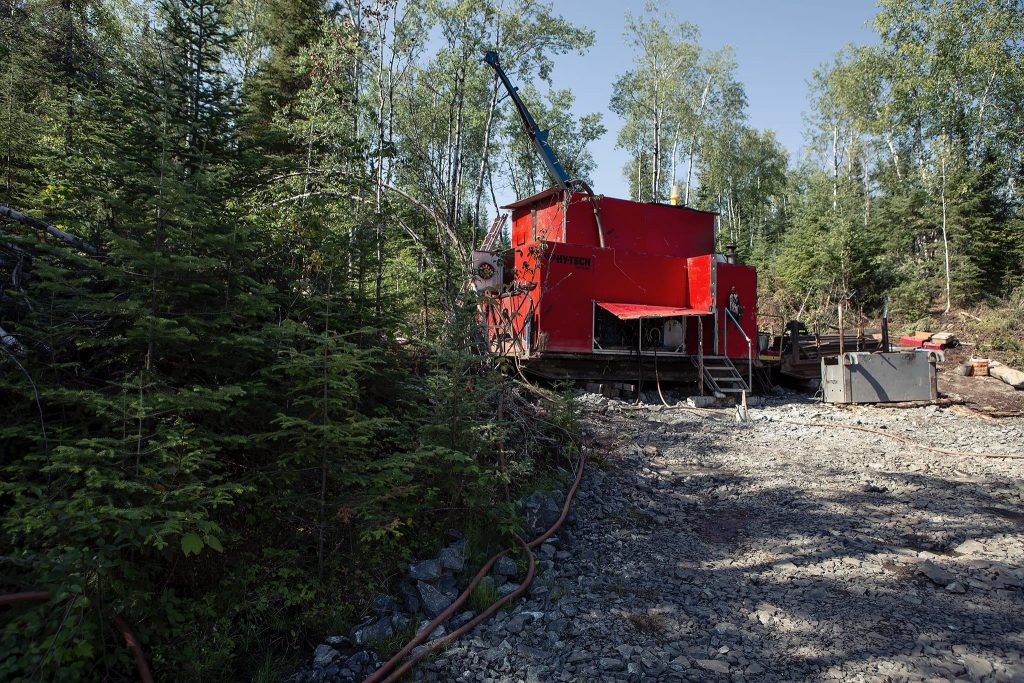 Exploration drilling along the PureGold trend Credit: Pure Gold Mining[/caption] ONTARIO – Underground drilling at Pure Gold Mining’s Red Lake mine has returned high-grade intercepts from both step-out and infill holes. The company released 10 initial assays from a 30,000-metre drill program, which started in June: these drillholes extend the mineralization around planned stopes, suggest new gold zones and confirm the ore in the short-term mine plan. Drill highlights include 7 metres of 46.7 g/t gold, which extends a planned stope, 1 metre of 57 g/t gold in a 30-metre step-out from a planned mining shape, and 5 metres of 7.2 g/t gold, widening a stope shape after hitting a five-metre zone of gold mineralization. “Our 30,000-metre exploration program is designed to firmly establish growth and scalability beyond our initial phase 1 mine plan,” Darin Labrenz, the company’s president and CEO, said in a release. “New drill results demonstrate that extensions of existing stopes and possible expansions of the mine plan occur very close to existing or planned development and as such, have the potential to impact near-term mine cash flow.” In the release, PureGold noted that it plans to follow up on the new zones of mineralization with additional drilling and underground development. Underground drilling is ongoing at the Red Lake mine. In addition, two surface drills are now working at the Wedge zone, 3 km from the PureGold mill. The 30,000-metre program will continue through to early 2021. The goal of this year’s drilling is to grow the resource base and expand new discoveries. According to the company, the PureGold Red Lake mine is on track to pour first gold by the end of this year. The 47-sq.-km site includes a 7-km long gold system, host to the existing orebody. A feasibility study for the mine released last year outlined an operation producing up to 125,000 oz. of payable gold annually. Probable reserves for the project stand at 3.5 million tonnes grading 9 g/t gold for a total of 1 million oz. Mineral reserves are reported using cut-off grades between 4 g/t gold and 4.75 g/t gold. For more information, visit www.PureGoldMining.ca.