Gold Terra Resource has started a 12,000-metre, phase one drill program on a group of claims optioned from Newmont in September. The […]
By Canadian Mining Journal Staff November 12, 2020 At 12:12 pm 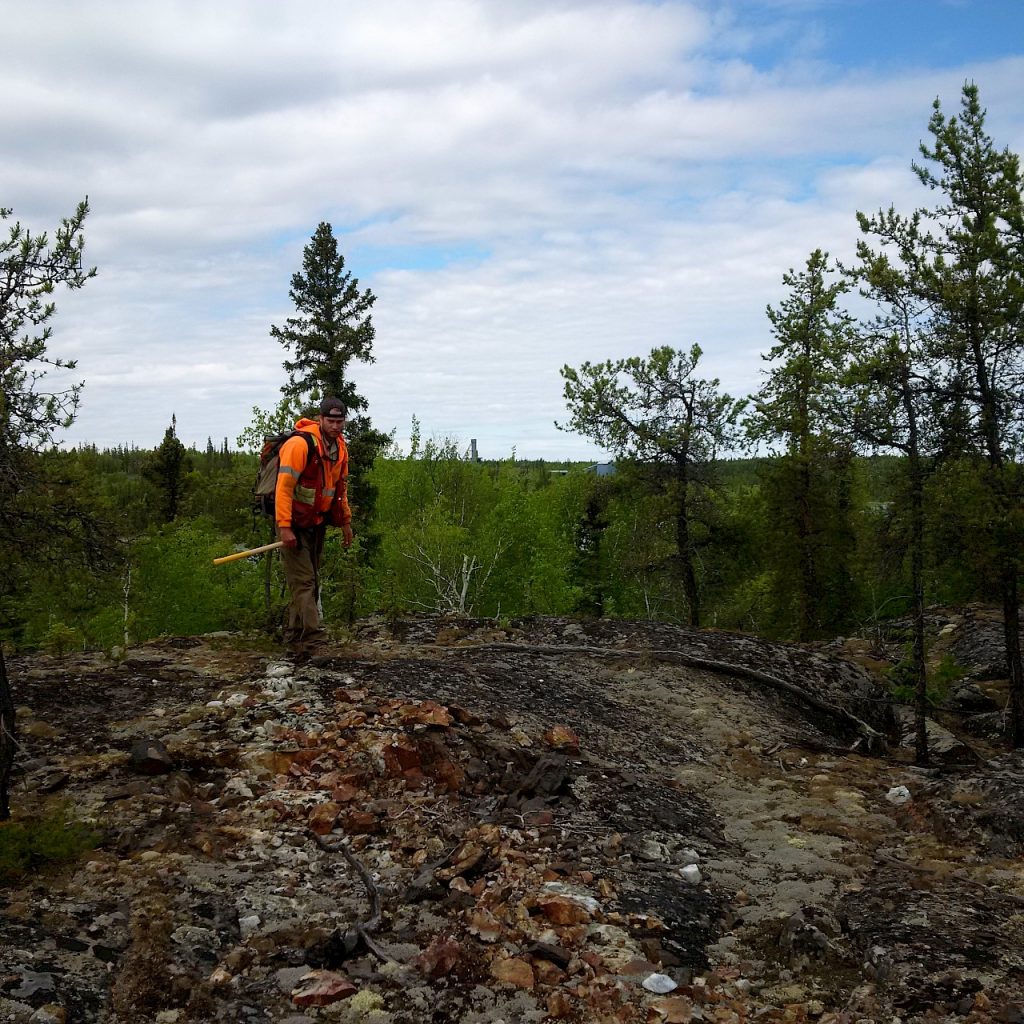 Gold Terra Resource has started a 12,000-metre, phase one drill program on a group of claims optioned from Newmont in September. The claims, which are adjacent to Gold Terra’s wholly owned Yellowknife City gold project in the Northwest Territories, include the southern extension of the Campbell Shear zone.

According to Gerald Panneton, the company’s executive chairman, the Campbell Shear target generated over 13 million oz. of gold historically at the Con and Giant mines. Between its wholly owned grounds, and the Newmont option, Gold Terra will now be able to test the underexplored portion of the shear zone, south of the Con mine.

“We are very excited to begin drilling this month on what we believe to be one of the most prospective targets in the Yellowknife mining camp,” Gerald Panneton said in a release.

At Con, the Campbell Shear sits between the Jackson Lake formation and the Bode debris flow. The structure extends for a total of 65 km of strike in the Yellowknife mining camp and over 2,000 vertical metres. Gold Terra’s compilation work has determined that most of the historical drilling to the south of Con was stopped at the first shear zone intersection and did not test the footwall.

On the Newmont option grounds, the shear zone extends for 2.3 km – the 12,000-metre program will include up to 19 holes testing a 1.2-km strike extension of the Campbell Shear, at depths between 250 and 600 metres.

Based on the results of the first-phase program, a follow-up program will include additional drilling to test the structure at depths of around 800 metres.

In September, Gold Terra entered into an exploration agreement with a joint-venture option with Newmont Ventures and Miramar Northern Mining (Newmont) on mineral leases and mineral claims adjacent to the past-producing Con mine. There are two phases of potential earn-in.

Under the first, Gold Terra can earn a 30% stake in the grounds by spending $3 million on exploration over a three-year period. Once the earn-in is complete, the parties would form a joint venture. In the second phase, the company can earn an additional 30% interest, for a 60% stake in the JV, by funding all expenses and completing a prefeasibility study with a resource of at least 750,000 gold oz. on the Newmont property, and a combined 1.5 million gold oz. between the Newmont property and the mineral claims in the area, held by Gold Terra.

If Gold Terra completes the second phase, Newmont will have a one-time back-in right to earn back a 20% stake in the JV, triggered by a discovery of at least 5 million oz. of gold within all resource categories within the Newmont property. In this case, Gold Terra would receive cash reimbursements and payments.

The Yellowknife City Gold project covers 800 sq. km around the city of Yellowknife.