QUEBEC – Developer Wallbridge Mining has announced plans to acquire explorer Balmoral Resources in an all-share deal worth $110 million, consolidating the […]
By Magda Gardner March 2, 2020 At 1:20 pm 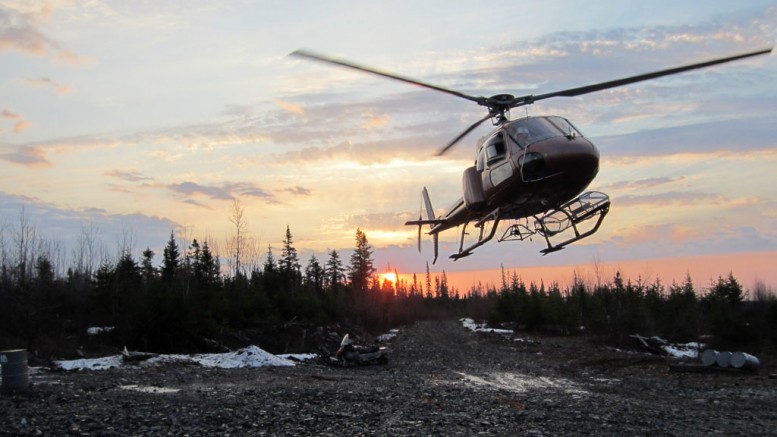 Balmoral's Detour Trend project grounds Credit: Balmoral[/caption] QUEBEC – Developer Wallbridge Mining has announced plans to acquire explorer Balmoral Resources in an all-share deal worth $110 million, consolidating the Fenelon gold property, within the Abitibi greenstone belt, to 85.6 sq. km. “The combination of our two companies creates an entity with a solid balance sheet; a diverse yet focused project portfolio; a motivated management group experienced in exploration, development and production; and the scale, resource growth potential and discovery upside that gives us the opportunity to build on the strengths of both companies,” Marz Kord, Wallbridge’s president, CEO and director, said in a release. “The recent exploration success at Tabasco, Ripley and throughout Area 51 speak to a large gold system (at Fenelon) which we are just beginning to unlock and which is combined in its entirety through this transaction,” added Darin Wagner, Balmoral’s president, CEO and director. Under the transaction terms, Balmoral shares will be exchanged for Wallbridge stock at a ratio of 0.71 with Wallbridge and Balmoral shareholders owning 82% and 18% of the pro-forma company respectively. The value of the deal represents a 46% premium to Balmoral’s 20-day weighted average price on the Toronto Stock Exchange. Eric Sprott, Wallbridge and Balmoral’s largest shareholder, supports the transaction; its approval is contingent on the votes cast at a meeting of Balmoral shareholders to be held in May. The arrangement agreement includes reciprocal board support and a $2.5 million break fee payable to Wallbridge under certain circumstances. Wallbridge’s 10.5-sq.-km share of the Fenelon gold property includes the Main Gabbro, Area 51 and Tabasco zones. Last year, the company drilled 75,000 metres at the project, expanding the Fenelon gold system to 2 km of strike, over a width of 600 metres and down to a depth of 700 vertical metres. Its portion of the property includes underground workings with existing ramp access as well as a water treatment plant and a 79-person camp. Balmoral’s 75.1-sq.-km portion of Fenelon features extensions of the Area 51 gold system. The company holds over 700 sq. km of ground along the Sunday Lake and Lower Detour deformation zones within the Abitibi greenstone belt. For more information, visit www.WallbridgeMining.com or www.BalmoralResources.com.