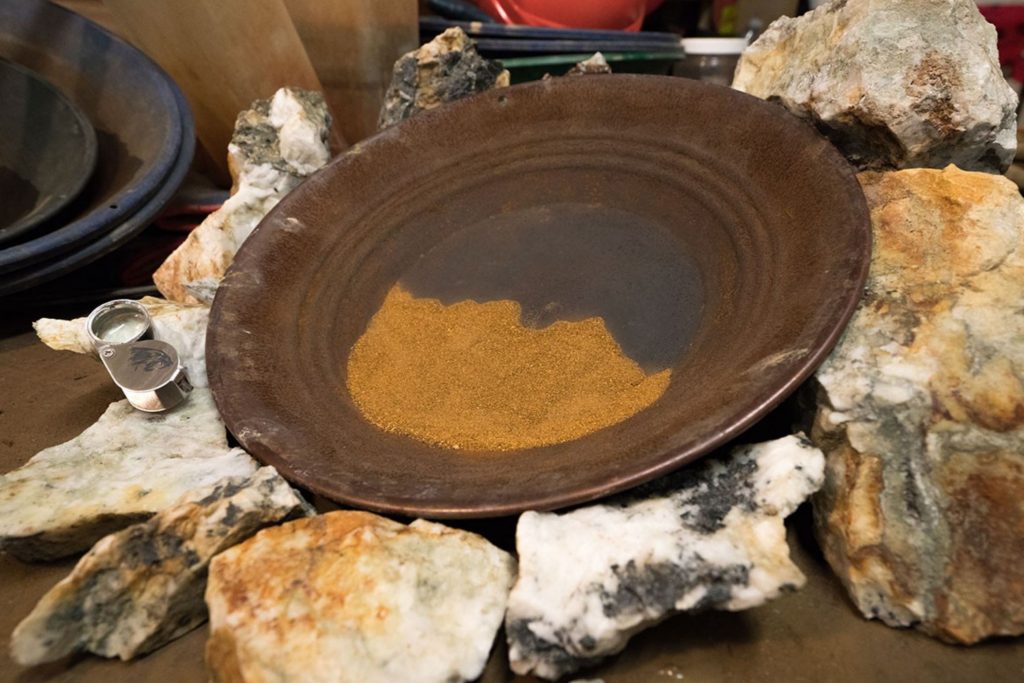 Gold from the 3 Aces property is used for the Kaska and Yukon coins. (Image: Yukon Mint) Gold from the 3 Aces property is used for the Kaska and Yukon coins. (Image: Yukon Mint)[/caption] WHITEHORSE, Yukon – The Yukon Mint Corp., a wholly owned subsidiary of Vancouver’s Golden Predator Mining, is making a pair of gold coins this year using designs from northern artists. The coins are minted each year using gold from the 3 Aces discovery in the territory. The winner of the Kaska gold coin design is artist Dennis Shorty with his original sketch titled Kaska Kayeh (Kaska Land). The artist has lived most of his life near Ross River, Yukon. Art is a spiritual path for him and a way to communicate with his ancestors. He is also a musician and created the Dena Zagi musical duo with his partner Jennifer Frohlong, and they also produce jewelry together. Shorty’s work is in several public and private collections including the Yukon Permanent Art Collection. The winner of the Yukon gold coin design is carver Gord Peter. His Aha ta Da entry is an original bison skull carving created from materials found near his cabin. The carving represents the wolf and crow clans of the Kaska Dene giving thanks to the land and the creator. He learned the art of carving from elders Mac Peter, Charlie Dick and other carvers. Gord Peter’s works include a 2.15-metre marble memorial of Dena Cho, a moose antler mask for the 2008 Canada Winter Games, and many pieces in private collections. Yukon Mint will now work with the artists to turn their visions into .9999 fine gold coins. Coins may be purchased from the Yukon Mint at www.YukonMint.com.