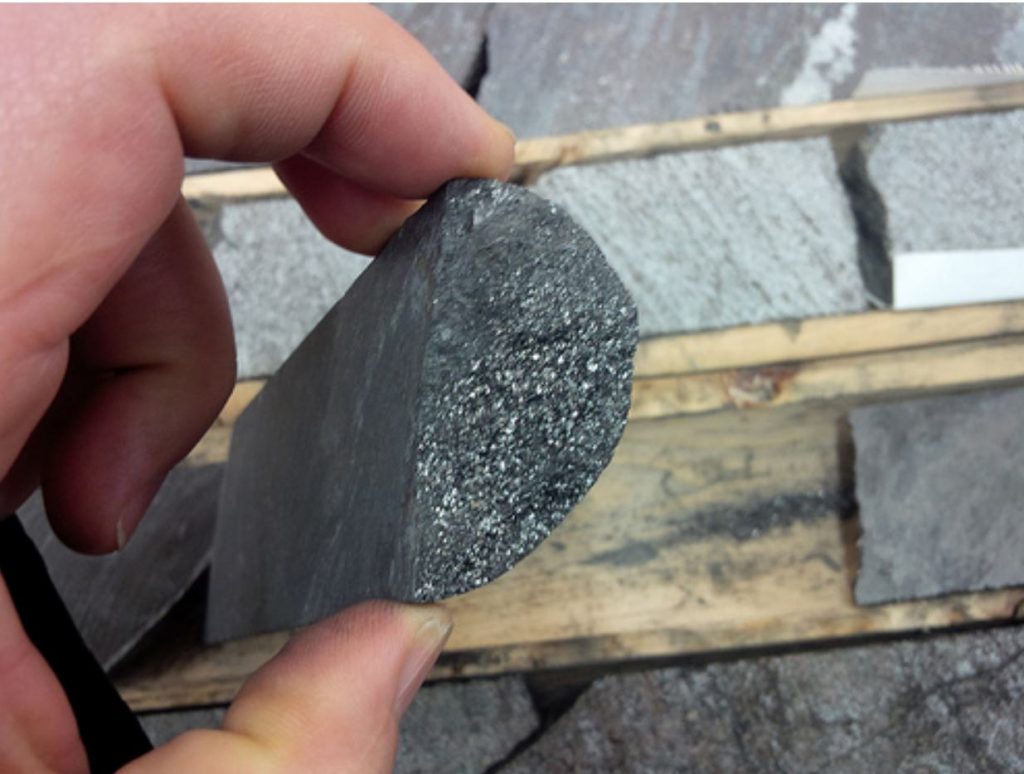 Drill core from the Lac Gueret graphite deposit in Quebec. (Image: Mason Graphite)[/caption] QUEBEC – Mason Graphite of Montreal has updated the feasibility study for the Lac Gueret project by adding detailed economic information. Detailed engineering for the project near Baie Comeau is almost complete. Equipment has begun arriving at the site, and pre-construction work is underway. The company made no changes to the reserves, resources or project scope. Mason now puts the direct capex at $141.9 million, including $13.3 million at the mine site and $107.7 for the concentrator in Baie Comeau. Indirect capex, such as engineering, freight etc., amount to $61.5 million. The owner’s costs are another $20.1 million, and there is a contingency and escalation portion of $34.7 million. If anyone is counting that brings the total pre-production costs to $258.2 million. Sustaining costs will be another $16.8 million over the 25-year life of the mine. Operating expenditures are estimated at $25.1 million annually, or $484 per tonne of concentrate. The largest portion will go to ore transportation (30%) and labour (22%). Mason has put an after tax net present value (8% discount) of $278 million and an internal rate of return 21.7% on the project. Post-tax payback will be reached 4.4 years after production starts. At 17.9% graphitic carbon, the Lac Gueret deposit is likely one of the highest grade graphite deposits in the world. Learn more at www.MasonGraphite.com.