Troubled Canadian miner Harte Gold (TSX: HRT) has been granted creditor protection after rushing in its Sugar Zone gold mine into production without a feasibility […]
By Cecilia Jamasmie December 8, 2021 At 6:55 am 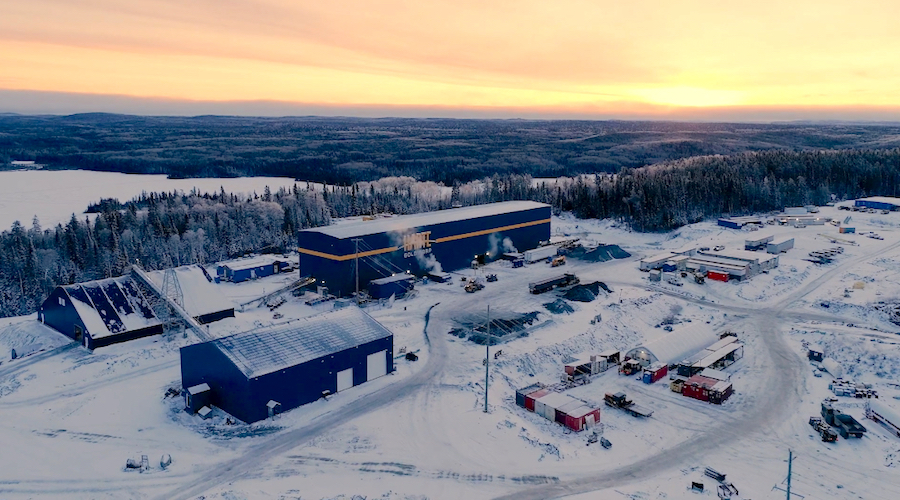 The Sugar Zone mine began commercial production in 2019 and has an anticipated mine life of 13 years. (Image: Screenshot from Harte Gold’s video.)

Troubled Canadian miner Harte Gold (TSX: HRT) has been granted creditor protection after rushing in its Sugar Zone gold mine into production without a feasibility study two years ago and later failing to overcome a series of problems at the Northern Ontario mine.

The gold miner, likely to fall under control of Australia’s Silver Lake Resources (ASX: SRL), has faced issues at the operation almost from the get-go.

On top of dealing with poor ventilation underground, it has faced equipment failures, the freezing of its tailings due to severe weather, higher costs, and both the quantity and grade of gold recovered at the mine being lower than expected.

In May, the Toronto-based company announced it would not generate sufficient cash from the operation to fully fund its planned investment activities, including a tabled expansion of the mine, and its debt service obligations to French bank BNP Paribas.

Harte Gold resolved to put itself up for sale, but no offers came forward. The company was in danger of running out of funds in the next weeks, which would have forced it to halt operations.

Perth-based Silver Lake Resources came to the rescue. Last month, it acquired US$63.3 million (C$80 million) in credit facilities BNP granted to Harte. It has also committed to loan the Canadian miner up to C$10.8 million to fund mining operations through the creditors protection proceedings.

Shareholders out the window

Under the arrangement, Harte’s common shareholders will be eliminated. These include Appian, its largest shareholder, as well as Canadian wealth managers Goodman & Company Investment Council, and Mackenzie Financial.

Trading of Harte’s shares were suspended on Tuesday after the Toronto Stock Exchange placed the company under an expedited delisting review process. The TSX said a decision on whether or not to delist Harte Gold will be made on Dec. 15.

The company’s shares cratered on the news, closing 50% lower on Tuesday at just C$0.010, which leaves the miner with a market capitalization of about C$10.8 million ($8.6 million).

Northern Star (ASX: NST) bought the Pogo gold mine in Alaska from Sumitomo in 2018. Newcrest Mining (ASX: NCM; TSX:NCM) followed suit, by securing a majority interest in the Red Chris mine in British Columbia for $1.1 billion in 2019 and offering to buy Pretium Resources in November for $2.8 billion.

Evolution Mining (ASX: EVN) and St Barbara (ASX: SBM) have also been acquiring properties and juniors in the maple leaf country, but have yet to score a major buy.