The Canadian Mining Hall of Fame held its 34th annual induction ceremony on Aug. 18 at the Palais Royale in Toronto, welcoming […]
By Alisha Hiyate August 24, 2022 At 5:00 pm 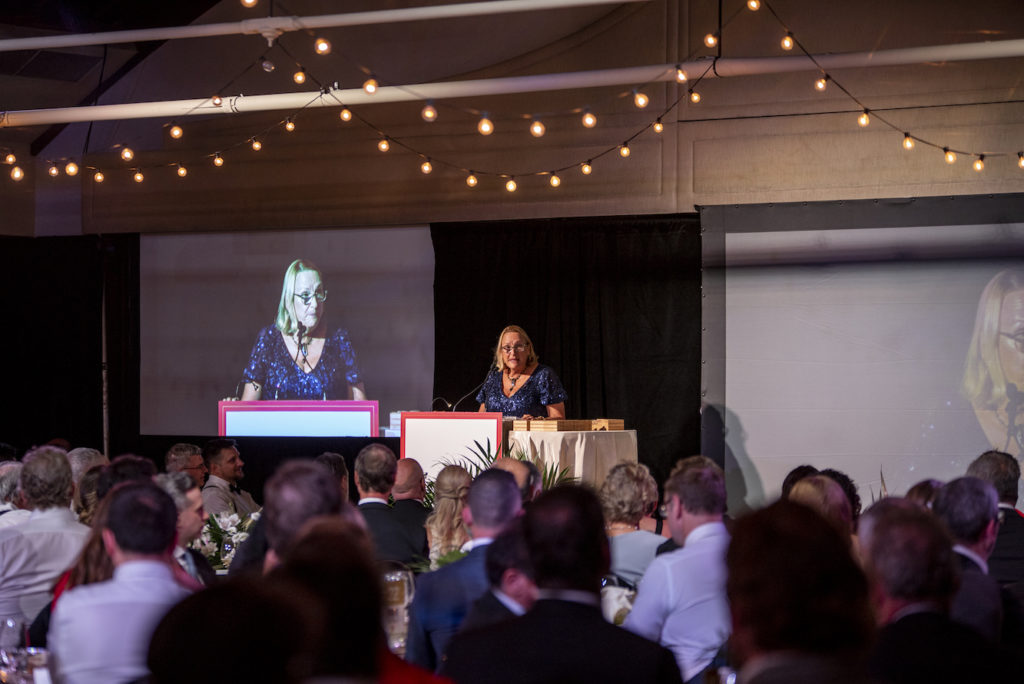 This year’s event was historic. Not only did the CMHF induct its 200th member, but the slate of inductees was the most diverse in the history of the Canadian Mining Hall of Fame dating back to its origins in 1989. Three of the five that would be considered diverse include the first Black man to be inducted, the first openly gay person, and the sixth woman.

With attendance of about 380 people, the event was larger than last year’s ceremony, which was capped at 125 due to Covid-19 restrictions and held outdoors, but still modest compared to pre pandemic numbers of well over 1,000 guests. The celebration was co-hosted by The Northern Miner Group’s president, Anthony Vaccaro, and president and CEO of the Mining Association of Canada, Pierre Gratton. Full bios of all the inductees are available here.

The first inductee of the night was Dale Corman, a geologist that has made many big discoveries, including the San Nicolas deposit in Mexico and the Peñasquito mine, which became the largest gold mine in Mexico.