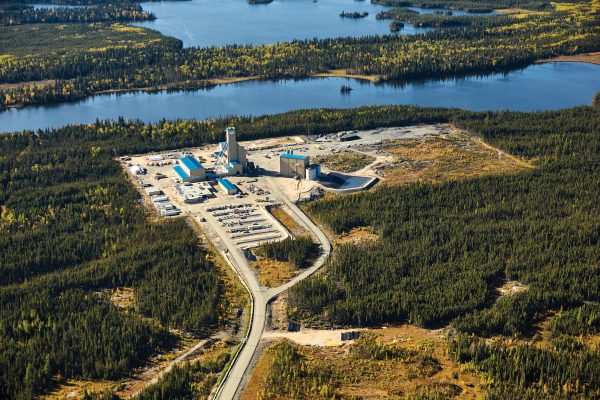 Hudbay Minerals' Lalor mine, in Snow Lake, Man. Credit: Hudbay Minerals[/caption] Underground mining has resumed at HudBay Minerals' 777 mine in Flin Flon, Man., two weeks after a hoist rope detached from the skip at the operation, causing the skip to fall to the bottom of the shaft. Damage to the shaft from the Oct. 9 incident, which occurred during routine maintenance, is still being assessed, with a full inspection scheduled for early November. An initial video inspection indicated that damage is limited to the headframe and the bottom of the shaft in the skip compartment, with no apparent damage to the cage compartments, the ore loading area, or to the structural integrity of the shaft. Limited production has now resumed through the mine's ramp access, but Hudbay believes it should still meet its 2020 production and cost guidance for its Manitoba operations. If no more damage is found during the full inspection, the company expects the shaft could be back in service in December with repairs costing no more than $5 million, with the mine resuming full production. After the suspension of mining, Hudbay reassigned equipment and personnel to its Lalor mine in Snow Lake and continued to operate the zinc plant using existing zinc inventory and optimizing production of zinc concentrate from its Snow Lake operations. There were no injuries during the incident, with all personnel evacuated via the secondary ramp access. The 777 zinc-copper mine is near the end of its mine life, with closure slated for 2022. HudBay's focus has been shifting toward its Snow Lake operations since the gold-rich Lalor deposit was put into production there in 2014. For more information, visit www.hudbayminerals.com.