Hundreds protest in Spain against redevelopment of Roman-era gold mine

Hundreds of people gathered in the municipality of Tapia de Casariego, northern Spain, to protest against the exploitation of the nearby Salave […]
By MINING.COM Staff April 17, 2022 At 2:57 pm 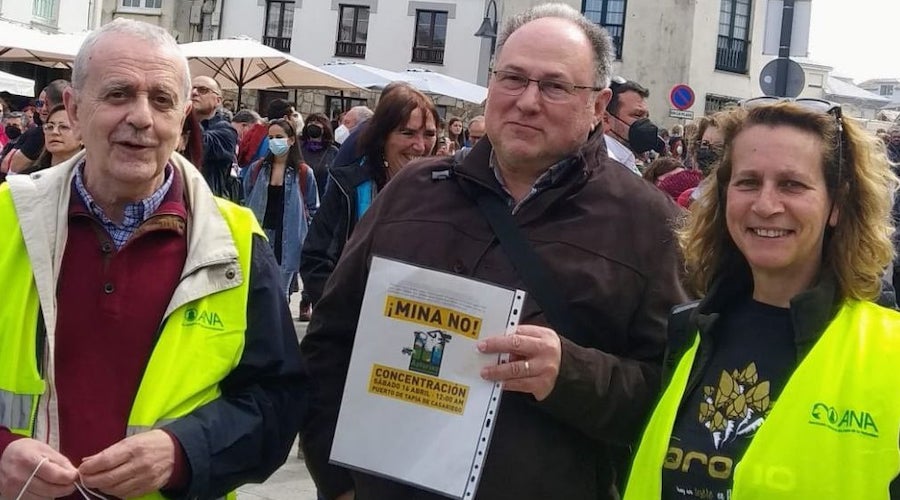 Hundreds of people gathered in the municipality of Tapia de Casariego, northern Spain, to protest against the exploitation of the nearby Salave gold deposit, local media reported.

The ancient mine, initially discovered and exploited by the Romans in the 1st century and now considered one of the largest unexplored gold deposits in Europe, is being prospected by Exploraciones Mineras del Cantábrico (EMC), a Spanish company backed by both local and international capital.

Their endeavour, however, is facing opposition from the activist group Oro No, which has joined forces with other environmental initiatives as well as with professional and community organizations, fishing groups, tourism associations, farming cooperatives, and honey producers, among others.

Using the slogan “no to gold,” the protesters expressed concern about the impacts that a mining operation would have on their way of life, the environment and the traditional economic activities of the area. They also asked the local government to oppose the project.

Salave, however, also has backers.

Prior to the protest action, the Association for the Re-industrialization of Western Asturias (IDOA) issued a communiqué presenting 607 signatures of people who support the mining project.

In the statement, Salave is presented as a project that would boost the region's economy.

After the initial open-pit extraction of the Romans, extractive work was resumed at Salave in the mid-20th Century but it was mainly aimed at obtaining molybdenum in small local veins in a rather superficial manner.

Although the mineralization includes other minerals and metals in different concentrations, EMC says that due to its abundance, gold is what has gained significant interest from a technical and economic point of view.

It is estimated that, in the Roman era, between 2 and 6 million tons of rock were extracted at Salave, recovering between 5,000 and 7,000 kilograms of gold.

According to EMC, for reasons that are not known exactly, but probably due to the difficulties of controlling the water flow when they reached a certain depth in their workings, the Romans abandoned the extraction of Salave.

Since then, there wasn't any documented mining activity in the area until the 1940s, when certain minerals such as molybdenum were extracted for the manufacture of steel.

In the 1960s, several companies specializing in mining research and development showed interest in developing and verifying the mineralized continuity at depth which the Romans exploited at the surface.

Beyond the preliminary geochemical and geophysical studies, since the 1970s, nearly 500 drill holes of varying lengths and inclinations have been conducted in the Salave area, for a total of 65,000 meters.

The last survey was carried out by Exploraciones Mineras del Cantábrico in 2018. Just over 2,000 meters were drilled, with the goal of finalizing previous surveys, confirming their results and facilitating the preparation of a feasibility study.