Impossible Metals announced that its first autonomous underwater vehicle (AUV) has successfully completed its first trial of selectively harvesting rocks in an […]
By Canadian Mining Journal Staff December 6, 2022 At 2:42 pm 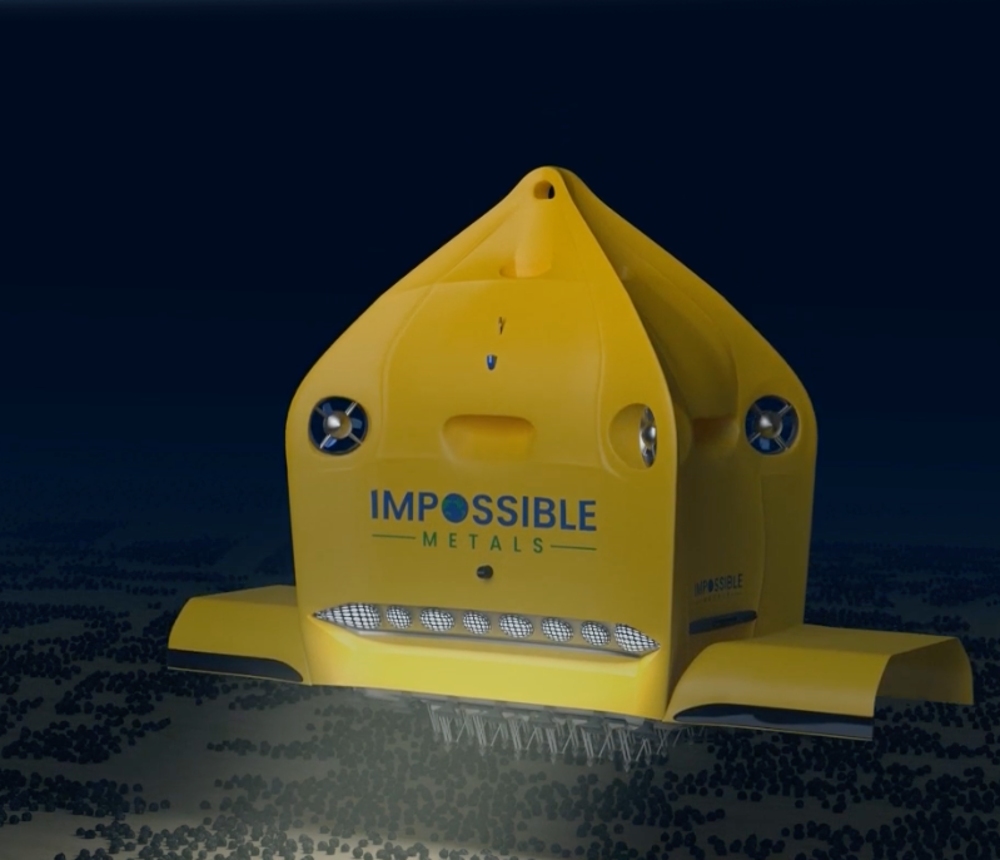 A virtual depiction of the Eureka 1 collecting rocks from the sea floor. Credit: Impossible Metals

Called ‘Eureka 1,’ the AUV is one of the company’s latest projects, focused on AI driven underwater rock collecting, in what the company says is an effort to promote green energy solutions.

“This shallow water milestone demonstrates progression of our principles of avoiding serious harm to the seabed by replacing dredging technology with an alternative that prevents biodiversity loss and large sediment plumes” said Oliver Gunasekara, CEO & co-founder of Impossible metals.

The machine’s approach for collection of polymetallic nodules, according to the company, is based on the use of AI software that can recognize rocks rich in battery metals and pick them up, without disturbing rocks or destroying animal habitat. The company credits the machine’s buoyancy engine – preventing it from dragging along the seafloor – and an underwater robotic arm as its biggest enabling factors.

Currently, the company has plans for large scale development of the AUV by 2026.