Integra Resources (TSXV: ITR) has released results of drilling at its DeLamar gold-silver project in southwestern Idaho, targeting the bulk-tonnage resource at […]
By Jackson Chen May 25, 2022 At 2:57 pm 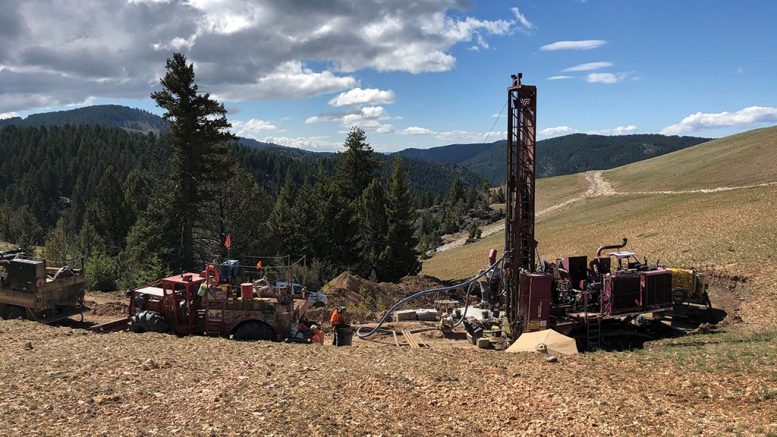 Integra Resources (TSXV: ITR) has released results of drilling at its DeLamar gold-silver project in southwestern Idaho, targeting the bulk-tonnage resource at Sullivan Gulch, the eastern portion of the deposit.

Delamar is host to a historic mine of the same name previously owned by Kinross. This open pit and underground operation lasted for over 100 years, during which it produced a total of 1.6 million oz. of gold and 100 million oz. of silver until its closure in 1998. Since then, no exploration took place on the property. Approximately 1,575 historic drill holes and 145,940 metres of drilling have been outlined in the project database.

Integra acquired the DeLamar mine in 2017, and the program at Sullivan Gulch was intended to further define a high-grade gold-silver feeder system, in conjunction with the bulk tonnage resource. The War Eagle, Florida Mountain and Black Sheep targets at DeLamar also have future potential for expansion.

This result, as Integra says, confirms for the first time the presence of a new, northwest-trending structural zone hosting high-grade gold-silver dipping to the northeast. All previous drilling at Sullivan Gulch targeted a north-northwest structure dipping to the southwest, suggesting these new intercepts may represent a new, high-grade feeder system that has not been previously encountered.

"As a potential new high-grade discovery, these results announced today further underscore that resource upside is not at all capped, but in fact further enhanced by results such as these shown today, as a large measure of today’s intercepts reside outside of current resource limits and mine plans," Integra's president and CEO George Salamis commented.

In February, Integra released a pre-feasibility study (PFS) on the DeLamar project, which outlined a two-stage heap leach and mill operation with an after-tax net present value of US$412 million and internal rate of return of 27% (assuming a base case scenario of US$1,700/oz. gold and US$21.50/oz. silver).

"The immense value of the DeLamar project was recently highlighted in the February 2022 PFS resource estimate which included a large gold and silver resource. This resource base tied into a robust mine plan that demonstrated low-cost gold-silver production and a mining scenario that we believe can be permitted in a simple and straight-forward manner," Integra president and CEO George Salamis said.

More details about the DeLamar project can be found at www.integraresources.com.