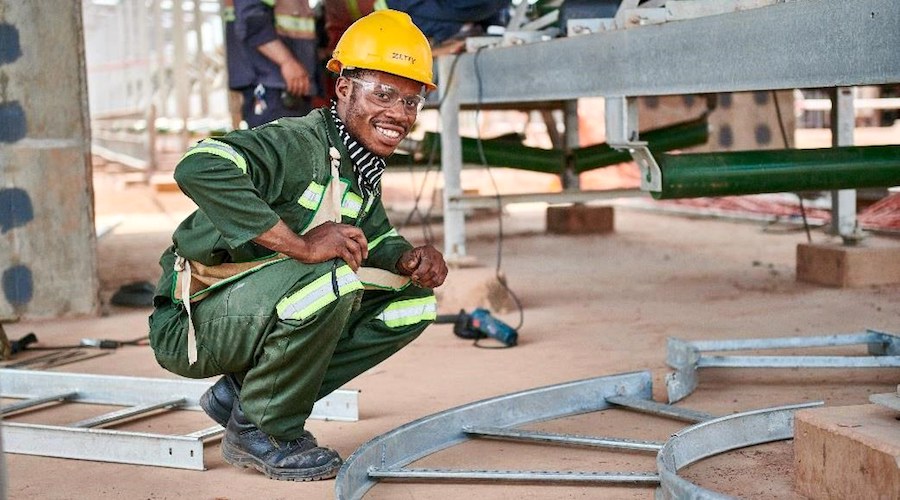 Canada’s Ivanhoe Mines (TSX: IVN) posted on Monday a profit of $85.4 million for the three months to Sep. 30, the first full quarter commercial production at its Kamoa-Kakula joint venture in the Democratic Republic of the Congo, the biggest copper mine to come online in decades.

The figure, which compares to a loss of $5.3 million in the same period last year, is a result of company's share of profit from the Kamoa-Kakula  as well as finance income obtained at the operation, the Vancouver-based miner said.

Kamoa-Kakula, which began production on May 25 and achieved commercial production on July 1, churned out 41,545 tonnes of copper in concentrate in the third quarter, Ivanhoe said. This takes year-to-date production to more than 77,500 tonnes as of November 15, 2021.

Ivanhoe noted that initial 2021 production guidance range for copper in concentrate of 80,000 to 95,000 tonnes was raised to 92,500 to 100,000 tonnes, reflecting the successful completion of ramp-up of the Kakula Phase 1 concentrator.

"Today, after a more than 25-year-long odyssey… and having overcome a myriad of challenges worthy of Homer… that the critics claimed were impossible to hurdle… we are very pleased to report our first full quarter of commercial production and our inaugural operating profit,” the company’s co-chairperson, Robert Friedland, said in a statement.

"Turning an operating profit in just the first quarter of commercial production at Kamoa-Kakula highlights the ability of the mine to deliver as promised, and to self-fund its expansion to produce up to 800,000 tonnes of copper yearly,” he added.

Ivanhoe is now focused on completing the mine’s Phase 2’s concentrator plant expansion, which is expected to start production in the second quarter of 2022, at least three months ahead of schedule.

The project, said the company, will double the mine's nameplate milling throughput to 7.6 million tonnes per annum (Mtpa). Phases 1 and 2 combined are forecast to produce approximately 400,000 tonnes of copper per year, it said.

Ivanhoe inked a deal in June with China’s Zijin Mining’s DRC subsidiary and trader Citic Metal to sell each 50% of the copper production from the copper mine.

Mining billionaire Friedland believes the project will become the world’s second-largest copper mine and the one with the highest grades among major operations.

The company has also vowed to produce the industry’s “greenest” copper, as it works to become the first net-zero operational carbon emitter among the world’s top-tier copper producers. Friedland has not yet set a target date for achieving that goal.

Ivanhoe Mines also is advancing development of the Platreef palladium-rhodium-platinum-nickel-copper-gold discovery in South Africa, scheduled to begin production in 2024. A feasibility study for the project should be completed in early 2022, the miner said.

In the DRC, the company is upgrading the historic Kipushi zinc-copper-lead-germanium mine, for a resumption of production.

Ivanhoe shares have doubled their value over the past year, but were down more than 4% on Monday, trading last at C$10.04 a piece. That leaves the company with a market capitalization of C$12.32 billion ($9.9 billion).