These are exciting times for ACME Lithium (TSXV: ACME; US-OTC: ACLHF), says Steve Hanson, its founder, president, and CEO, as the company […]
By Northern Miner Staff July 28, 2022 At 9:45 am 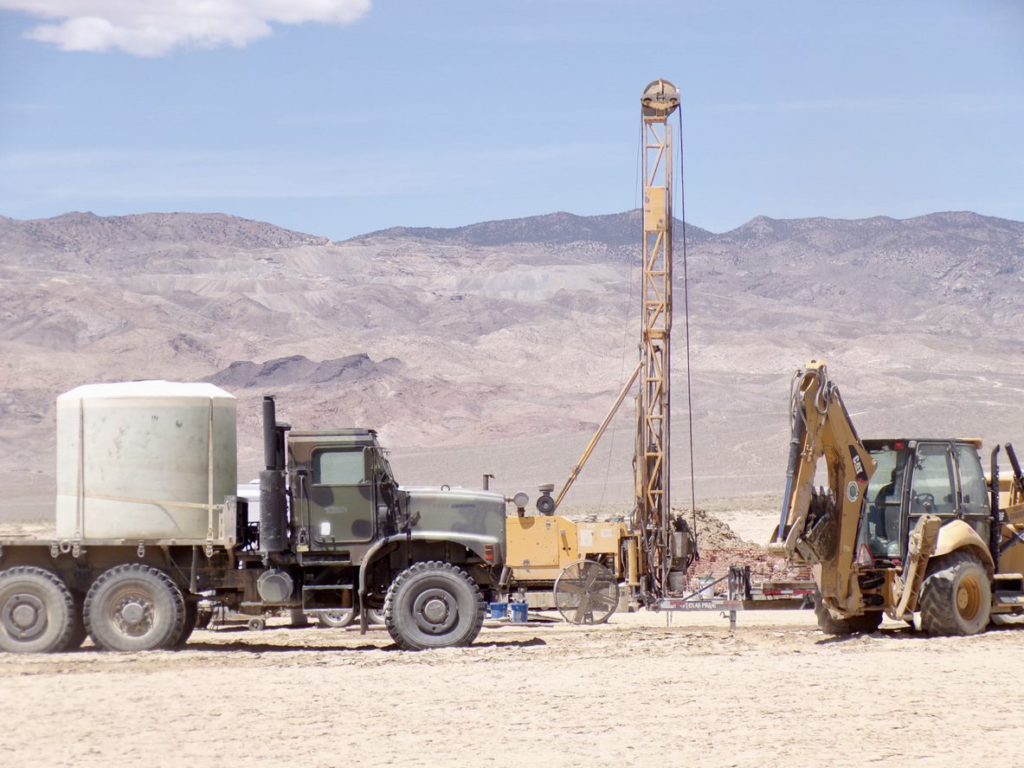 These are exciting times for ACME Lithium (TSXV: ACME; US-OTC: ACLHF), says Steve Hanson, its founder, president, and CEO, as the company hits a key milestone in the development of its flagship Clayton Valley lithium brine project in Nevada.

In June, the Canadian junior completed its first exploration drill hole on the property. Drilled to a depth of 427 metres, hole DH-1 “encountered several prospective zones that we were targeting based on permeability and lithology and which show excellent potential for a lithium-bearing aquifer,” he says.

Hanson noted that drill results from DH-1 are expected in August and, if positive, will support further testing of the well, which is expected to start in the third quarter of 2022.

The project is contiguous to the northwest of Albemarle's (NYSE: ALB) Silver Peak lithium mine. The mine has been in continuous operation for over 50 years and is the U.S.’s only domestic supply of lithium.

“Lithium is essential for the global transition to a green energy future and is needed to produce the lithium-ion batteries used in the electric vehicles (EVs) and energy storage technologies underpinning this transition,” explains Hanson.

The U.S. is positioning itself as a leader in the transition to a cleaner energy future, with the Biden administration setting a target of 50% EV sales share in 2030 and the construction of a nationwide network of 500,000 EV charging stations as part of the Bipartisan Infrastructure Law, signed into law last November.

Although the U.S. is estimated to hold almost 8 million tonnes in lithium reserves, ranking it among the top five countries globally, it currently produces less than 2% of global lithium supply, according to the United States Geological Survey.

“With most of the world’s lithium presently supplied from Argentina, Australia, Chile, and China, the U.S. and Canada will need to develop a reliable and sustainable domestic supply of lithium to achieve its goals while also reducing its reliance on foreign supply,” Hanson says.

He notes that Clayton Valley “is at the epicentre of lithium exploration and development in the U.S.,” and that ACME Lithium “is one of the only Nevada-focused companies drilling a lithium brine target.”

Hanson says that exploration work on the property “will test the potential of the lithium-bearing claystone and to identify new targets for further exploration, which includes mapping, sampling, and additional geophysics.”

He added that Clayton Valley and Fish Lake Valley also benefit significantly from their location. (Nevada is currently ranked as the second most attractive jurisdiction globally for mining investment by the Fraser Institute.)

“Not only do our Nevada properties benefit from existing infrastructure, including rail, year-round access via roads, power and water, and a skilled workforce close at hand, but they are also situated less than a three and a half hour drive from Tesla’s Gigafactory,” he says.

ACME Lithium is also advancing its lithium projects at Shatford Lake and Cat-Euclid Lake in southeastern Manitoba. The properties cover 27 mineral claims totalling 47.8 sq. km on the pegmatite fields within the southern limb of the Bird River greenstone belt.

The region hosts significant lithium-caesium-tantalum containing pegmatites, which account for a quarter of the world’s lithium production, and is fast becoming a global area of focus for lithium exploration and development, Hanson says.

“Our Manitoba properties neighbour the Tanco mine, owned by Chinese miner Sinomine Resources, where the pegmatite orebody and has been mined since 1929. And last year, Australia’s Mineral Resources Ltd., a world-leading lithium producer with a market capitalization of around A$9 billion [C$8 billion], invested in lithium assets west of Cat-Euclid Lake.”

Hanson noted that the company is well-capitalized, with around $11.4 million in the treasury, which he says will be more than sufficient to fund its proposed exploration programs.

“Our world-class portfolio of assets in top-tier mining jurisdictions potentially positions us as a new source of domestic lithium supply for North American EV markets,” he says.

The preceding Joint Venture Article is PROMOTED CONTENT sponsored by ACME LITHIUM and produced in co-operation with The Northern Miner. Visit www.acmelithium.com for more information.