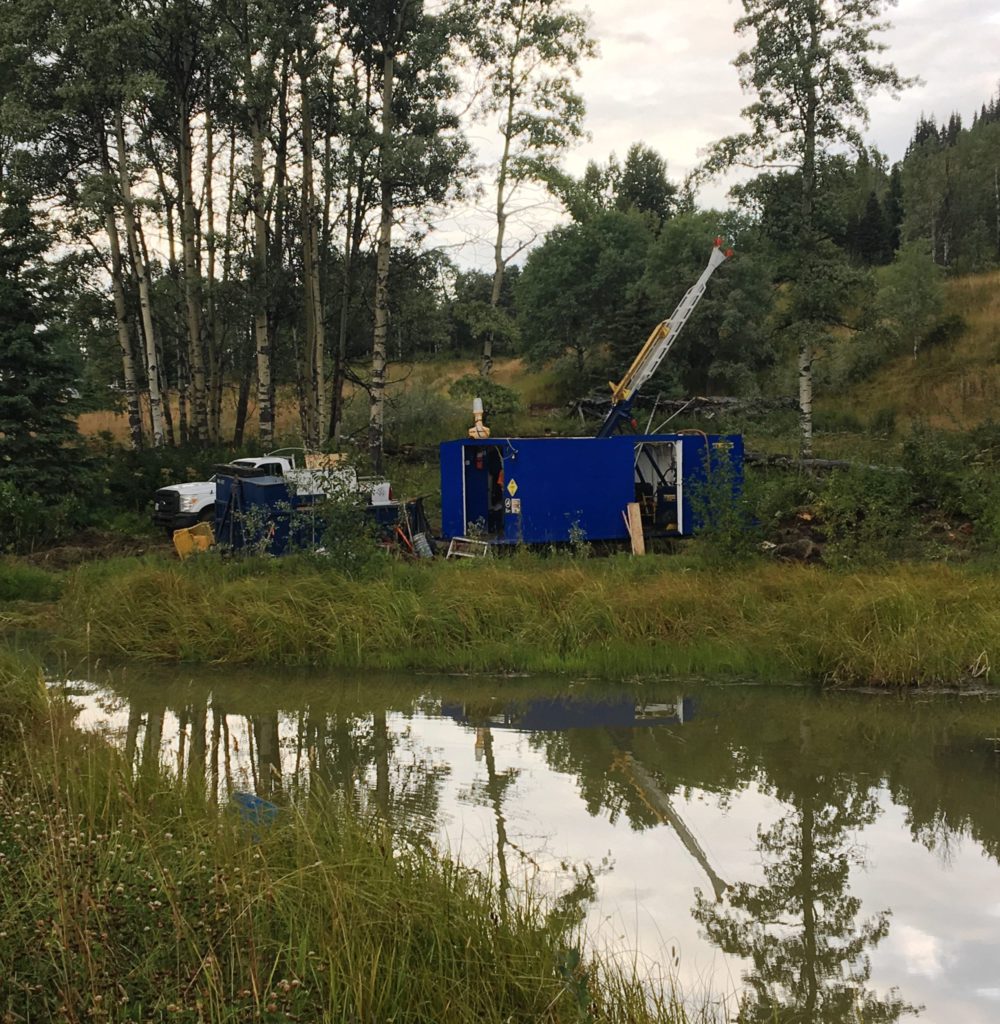 The Vancouver-headquartered junior is focused on advancing its 100%-owned flagship Silver Queen gold-silver-base metal project in central B.C., about 590 km northwest of Vancouver and 35 km south of the town of Houston.

Robert Macdonald, Equity Metals’ vice-president of exploration, says Silver Queen “has had over a century of exploration on the property and hosts a historical past-producing mine. It benefits from excellent infrastructure, including an all-weather road that connects it to Highway 16, providing access to Pacific ports, a rail line, power lines that run along the western side of the property, camp infrastructure, and a tailings management facility.”

The mineralization at Silver Queen occurs in an extensive epithermal vein system covering a 6-sq.-km area. While more than 20 veins have been discovered on the property to date, with silver-gold-enriched mineralization identified in the western portion of the property and base metal in the eastern part, Macdonald said the property remains largely underexplored.

“Closer inspection of the historical data, as well as some of our initial drilling, confirmed a fairly strong east-west orientation to some of the mineralization,” he said. “This led to the identification of distinct areas of mineralization along an east-southeast and west-northwest corridor, with our recent drilling focused on confirming this.”

Since the fall of 2020, Equity Metals has drilled 59 holes (18,716 metres) over five successive phases of exploration drilling, which focused on four vein systems — Camp, No.3, about one km to the east of Camp, No.5/Switchback, between Camp and No.3, and NG-3, about 1km southeast of Camp.

The drilling “not only confirmed the exceptionally high-grade potential of the Camp vein but also identified the deepest step-outs drilled to date and demonstrated that the high-grade mineralization extends to about 175 metres below surface, with the mineralization remaining open at depth and to the east and west,” Macdonald said.

“We believe there is huge upside potential for significant additional resources at Camp, which could potentially more than double the existing resource base," he said. "The current estimate only comprises mineralization hosted by No. 3 vein and doesn't include any drill results from the Camp or the recently drilled No.5/Switchback."

To date, Equity Metals has completed approximately two thirds of its 2021-22 drill program. The program consists of 15,000 metres of drilling to extend the current 2.5 km strike length of Camp and to test a 1,000-metre-long, east-southeast trending target that forms the eastern projection of Camp and transitions into the No. 3, Switchback, and No. 5 vein systems.

Since September, it has completed 36 new drill holes and an extension of an earlier hole totalling 9,660 metres, with assays from 26 of these holes expected over the coming weeks and into 2022.

“Visual inspection of the core samples from between the No. 5 and Switchback segment has been very encouraging, and we continue to target this area with our current drilling campaign,”  Macdonald said.

The company plans to release an updated resource estimate in the second quarter of next year that will include the drill results from Camp.

Equity Metals also holds interests in two highly prospective diamond properties, Monument and WO. Both properties lie within the Lac de Gras area of the Northwest Territories, one of Canada’s most prolific diamond-producing regions.